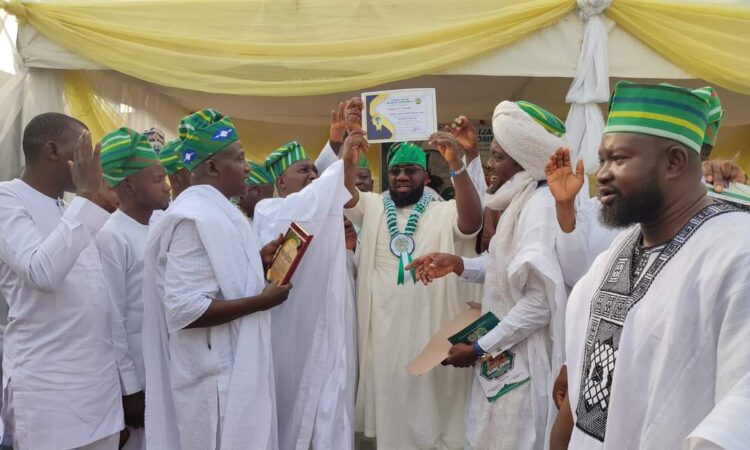 PRINCE USMAN INVESTED AS THE 1ST PRINCIPAL PATRON; HONOURED WITH SILVER JUBILEE PILLAR OF SUPPORT AWARD ALONGSIDE OTHER 24 PERSONALITIES*_

Ifako-Ijaiye Muslim Community (IIMC) was founded in 1997 a year after the creation of the Local Government; making it the first from the State. Since then, the Lagos State Government has also recognized the IIMC as the most organized Local Government Muslim association across the State._

Meanwhile, during his Goodwill Message the Deputy Governor of Lagos State, Dr. Kadri Obafemi Hamzat (represented by the Council Chairman), congratulated Ifako-Ijaiye Muslim Community on the 25th Anniversary while imploring all Muslims to instill moral values across board and work towards proper child upbringing, as this will enhance security and reduce moral decadence in our society.

The Executive Chairman of Ifako-Ijaiye Local Government and Baba Adinni of Council of Chief Imaams Lagos Division also joined in the call for a serene environment and decent society via proper tutoring and good moral values.