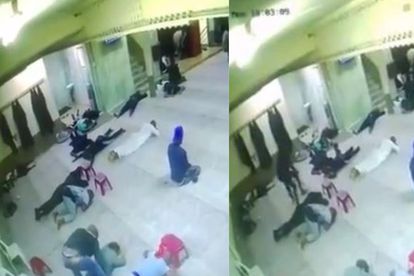 A group of armed robbers shamelessly targeted a praying congregation at a Mosque in Johannesburg, South Africa, and it was caught on camera.

The video of the armed robbery has gone viral since it was shared on Saturday.

In the video, armed men are seen forcing congregants to lie down, body-searching, and robbing contents of their pockets and other possessions. In the second video an armed man is seen violently kicking a congregant who is lying on the floor.