When Francess Elizabeth Murray was born in 1865 into a strict Christian household in Liverpool, few would have imagined her life would see her help found the UK’s first recorded mosque and become Fatima Cates, the first known woman to convert to Islam on British soil.

Yet for all the significance of her life, she was almost forgotten after her death.

Her grave in the city’s Anfield Cemetery lay unmarked until Hamid Mahmood, who founded a madrassah school named after her in London, set about trying to locate it.

He said he was driven by a desire to highlight Fatima’s “courage” and the impact of women among “endless resources” about men.

“Here is a woman who refused to conform, who stood up for what she believed in,” he said.

Liverpool in the mid-Victorian era was a city of huge wealth and commerce, but also of poverty and deprivation

Fatima’s redoubtable spirit began to show when she was still known as Francess.

Prof Ron Geaves, who has researched the history of British Muslim communities, said she was born into a city which was one of the busiest ports in the British Empire, but “as much as there was wealth, there was poverty”.

“Alcohol use and abuse went alongside that,” he says, adding that there was also a “disillusionment… beginning to settle into some people with regards to Christian sectarianism in the city”, he said.

“The appeal of an Abrahamic religion where alcohol was forbidden was attractive to some,” he added.

Francess was one of those drawn to such an idea and by the age of 19, she was secretary of the Association of Prohibition of Alcohol in Birkenhead.

Her position led her to a talk by Abdullah Quilliam, a local lawyer who had converted to Islam during a trip to Morocco.

Prof Geaves says Abdullah “dealt with a lot of divorce and family abuse and I think he was aware of how much alcohol played a part”.

Fatima would later describe that she was “in doubt as to the true faith” when she heard Abdullah speak in 1887 and had been “astonished” at the lawyer’s depiction of Prophet Muhammad, which contradicted the negative accounts she had previously heard.

Such was her interest that she posed him a series of questions about Islam.

In response, he gave her a translation of the Quran, saying: “Don’t believe what I say or what anyone else says; study the matter out for yourself.”

However, while she was open to Abdullah’s words, she found the same was not true at home and later recalled her “bigoted” mother trying to take the book from her after seeing it.

“I escaped to my bedroom and locked myself in, and went on reading what I now consider the most precious book that could be bought,” she said.

Soon afterwards, she became the first woman to convert to Islam under Abdullah’s influence, adopting the name Fatima after one of Prophet Muhammad’s daughters, and took up the role of treasurer for his growing band of converts.

However, as content as the group were among themselves, they were viewed with suspicion by the wider community and faced regular abuse while attending meetings at a house on Mount Vernon Street.

Writing years later, Abdullah said windows were “repeatedly broken with stones” and on several occasions, “ruffians, unworthy of the name of men” had picked up horse manure and rubbed it in Fatima’s face.

Undaunted, the small cohort moved to a Georgian property on Brougham Terrace at the end of 1887 and set up England’s first recorded mosque.

Recalling the period later, Fatima said her new faith continued to provoke “satire and ridicule” from her mother, but prompted her new husband and two of her sisters to convert.

However, her marriage was not a happy one and in 1891, she filed for divorce, a step very few women took at the time.

She cited her husband’s adultery and abuse which had continued despite him “making many promises of amendments.

What happened next is the source of debate among academics.

Some believe she became Abdullah’s third wife, as Islamic tradition allows men to be married to up to four women simultaneously under certain conditions, and Prof Geaves says the lawyer had written “publicly on several occasions” in support of polygamy.

In 1896, Fatima gave birth to a boy, but four years later, she died with pneumonia, having named Abdullah as the boy’s guardian on her deathbed.

Prof Geaves said there remains “speculation” that Abdullah was the father of the child and “the circumstantial evidence points in that direction”.

“There was her own personal story of her commitment to Islam against what were very difficult family circumstances and her significance as possibly the first British female convert in this country,” he said.

He added that despite that, she might have been “forgotten” had it not been for new interest in her by current generations of British Muslims.

Amirah Scarisbrick, who raised funds for a new headstone for Fatima, said she was a “hidden gem”

Hamid said he was “pulled” to name his school after her, adding her name, Fatima Elizabeth, represented an “intriguing” merging of both Islamic and British traditions.

He said it was also her determination that drew him to her.

“She was fighting all the time – even as a teenage Christian campaigner against alcohol, then with the difficult marriage and filing for a divorce in that Victorian time when few women did,” he said.

“Nothing could defeat her, the only thing that overcame her was death.”

His success in locating her grave led Amirah Scarisbrick, who, like Fatima, converted to Islam, to raise funds for a new headstone.

“I’ve been a Muslim for 21 years and we’ve all had our challenges navigating and converting to Islam – some more than others,” she said.

“Many of the converts understand her struggle with the Islamophobia and family. We need to honour those role models.”

She said Fatima’s role as treasurer for that early group of British Muslims was “so important” as women “can’t even get into a load of mosques’ boards now, never mind [be] a treasurer”.

“It’s a disservice to the whole community, because a woman’s perspective is very unique and I think men need to hear it.

“Fatima strikes me as a good example of that.”

admin24 hours agoDecember 2, 2022
32
YES. It is unimaginable that despite your profession of Islam you could actually be working against the Quran. The Quran... 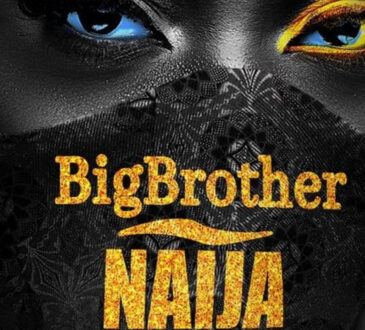 Big Brother Naija and the return of Gomorrah – By Prof. Afis Oladosu

admin3 months agoAugust 26, 2022
82
But before that message and long before the BBA became, in my estimation, another menace in the widening-gulf of immorality...