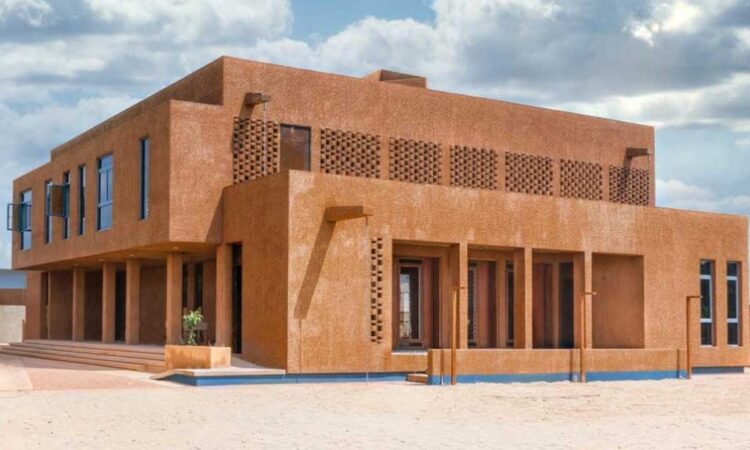 Crescent Bearers Lagos Mosque was nominated for the best building of the year 2022 award by Archdaily, a leading international architectural online magazine and featured on the CNN International News Network. The mosque was also shortlisted for Abdullatif Al Fozan Award for Mosque Architecture for the fourth cycle (2020-2023).

Speaking during the formal commissioning of the mosque, the chief host, Crescent Bearers (1939), Lagos, Chairman, Dapo Muftau Durosinmi-Etti, congratulated members of the association, their families and departed member’s families.

“I thank our elders who continue to provide the much-valued leadership that has enabled us to remain committed Muslims and also ensured that we not only sustain, but build upon the rich legacy of the founding Crescent Bearers.

‘The Crescent Bearers have continued in the best tradition of their Founding Members, to keep Faith in Islam through charitable activities which uplift the morale, spiritual and material development of the Ummah in Lagos.”

He noted that the mosque is one of the charitable activities of the association, as there are other activities the group embarks on.

“ We maintain the mourners’ pavilions at Okesuna, Abari and Atan cemeteries. We offer yearly university scholarship awards to Muslim students of Lagos indigene.

“We research the state of Islamic and Muslim education in Lagos and also do visitations to Bab es Salam Orphanage Home, Ikeja, Modupe Cole Memorial, Akoka and the Old Peoples Home, Yaba, Lagos, among others.”

The guest lecturer, Crescent Bearers Imam, Christopher Ibraheem Otayemi, said there is numerous blessings in building or maintaining the mosques, saying for every prayer offered inside a mosque you’ve helped build or maintain, Allah (SWT) will reward you in Jannah.

He added that historically mosques had been the centre of education and intellectual life.

“The mosque provides a safe place and environment for worshipers to pray and contemplate. Secondly, Masjid is the hub of Islamic education, especially for children to learn Qur’an. Finally, the mosque helps Muslims learn more about the Islamic way of life and nurture their moral and spiritual development.

“Mosques are sacred places that must be visited to remember God and Worship him. It is not befitting that those who do not believe in God frequent mosques. God says mosques must be maintained and visited only by those who believe in Him and perform all their religious obligations.”

The Chairman of the 83rd Anniversary Planning Committee, Mustafa Abiodun Jaji, commended committee members of the 83rd anniversary for a job well done.

“It has been an honour and my utmost pleasure to serve as the Chairman of the 83rd Anniversary Planning Committee to execute the programmes.

The Committee commenced meeting in mid-August and despite the very busy schedule of committee members, the two events have been well planned to the glory of Almighty Allah. In executing our mandate, the Committee co-opted the Chairman of the Crescent Bearers Masjid Maintenance Committee, Bearer Martins and our Imam, Ibrahim Christopher Otayemi.”