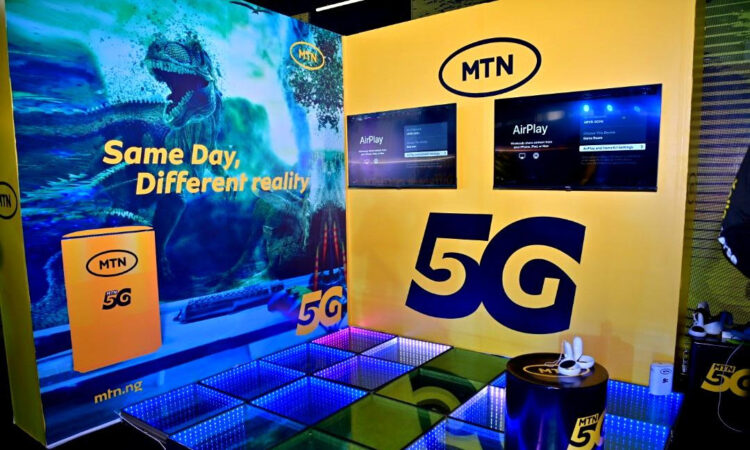 MTN Nigeria commenced commercial 5G launch in Lagos, with a promise to kick off national launch in Abuja soonest.

Chief Executive Officer, MTN, Karl Toriola who made the promise, after experimenting capabilities of the network to the public in Lagos yesterday, said his company has switched on the network in six geo-political zones with about 223 sites which are being accelerated very fast.

MTN is targeting about seven Nigerian cities for a start, including Lagos, Port Harcourt, Ibadan, Abuja, Maiduguri, Kano and Owerri.

He promised that the same vigour MTN deployed services in second, third and fourth generation networks is what will be applied in the 5G technology to make it massively accessible to majority of users particularly in major urban cities in the coming weeks and months.

Toriola said although the company was going to make decisive investments in the roll out of 5G in Nigeria, 4G is still the company’s bread and butter and investments, deployments for both networks would be done simultaneously.

He lamented the challenges of getting the foreign exchange to import necessary facilities to fast track deployment of networks including 5G, but noted that as a Nigerian company, persevering to surmount the challenges is part of the prices to pay to get the country back on the right economic footing.

Also the Chief Marketing Officer, Adia Sowho while presenting the capabilities of 5G said that the network will not only help MTN to connect, create, collaborate, and compete in ways never imagined, it will also help users realise full potentials of the internet revolution and enjoy communication and interactions spectacularly.

She said: “Every major technological evolution redefines what is possible – changing the way we live and the way we connect. If 4G helped you to communicate with people, 5G will help you feel them closer. The possibilities of 5G are in such a way we have not even begun to imagine”

This real time capacity is why it can be deployed for e-health, connected vehicles and traffic systems, smart home appliances, advanced mobile cloud gaming, workplace safety among others.