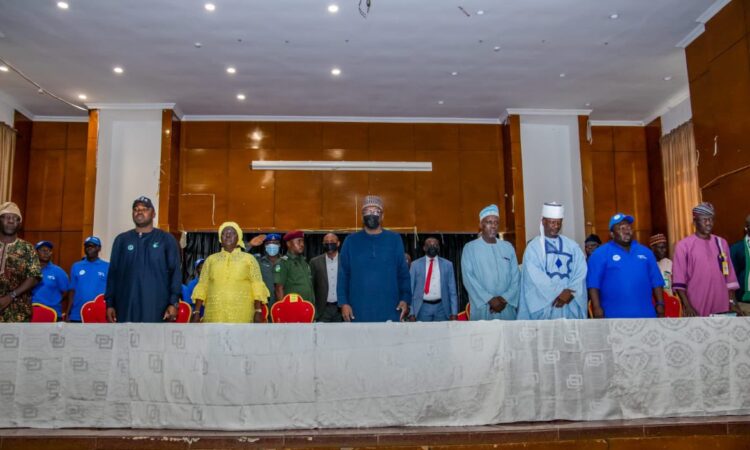 Kwara State governor, Abdulrahman Abdulrazaq met with heads of secondary schools in the state on how to deliver quality education to Kwara children.

The governor stated, “today, I met with heads of secondary schools in Kwara State to discuss ways to strengthen access to and delivery of quality education for Kwara child.

“A continuation of our ongoing engagement of all stakeholders, the meeting also afforded me an opportunity to get direct feedbacks on our administration’s focus on basic education and welfare of the drivers of our education policies.”

Attended by at least 300 school principals along with some key stakeholders from across the education sector,they acknowledged the huge investments,the improved welfare across board, and introduction of transformational policies in the education education in the last three years.

“We have just introduced KwaraLEARN programme and I thank them all for embracing the programme. That’s one of the paths to bringing Kwara back on top in Northern Nigeria and the rest of the country.

“The investment the government and they are making today may not show immediately but it is something that will speak for all of us later in the future.

“I also listened carefully to all the issues of promotions, leave bonuses, uniforms in schools, non-academic staff employment, textbooks, harmonisation between TESCOM and SUBEB salary, more in-service trainings, seminars, security in schools, unity schools and exchange students within the state, equipping laboratories in our schools, water, sanitation and hygiene (WASH) facilities in schools, backlog of salaries we met, girl a child education, encroachment of school properties and building of shops in front of schools.

“These were part of the issues raised today and we will dissect them and take them one after the other.

“Many of these issues are already being tackled, including the factors responsible for pay disparity like over deduction of some dues which began many years ago and we have now stopped. Others are to be addressed one after the other.

“As a government of change, our resolve to give the Kwara child a fighting chance in the increasingly competitive world through quality education remains unwavering,” the governor added.