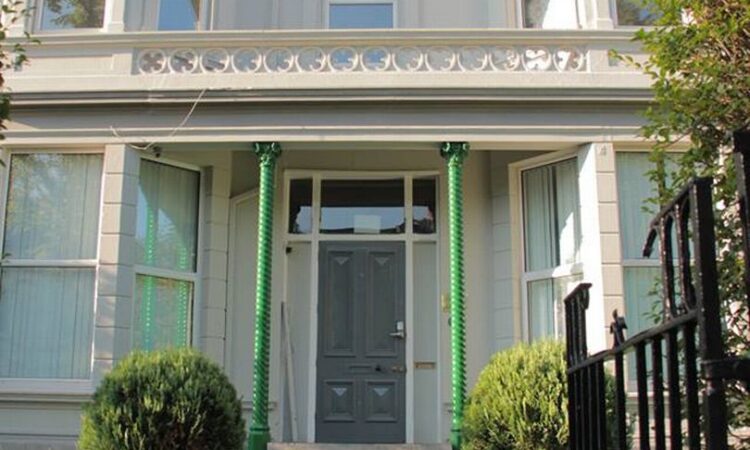 Belfast Islamic Centre will be one of over 250 mosques around the UK opening their doors to visitors this weekend to help people understand their faith.

The charity, which is affiliated to the Muslim Council of Britain (MCB), is currently based in Wellington Park in south Belfast

Visit My Mosque is a national initiative facilitated by the MCB encouraging mosques across the UK to hold open days to welcome in their neighbours from all faiths and none while also building bridges across communities.

Whilst mosque open days in Britain have been taking place for decades, Visit My Mosque enables mosques to be a part of a nationwide event where mosques across the UK are able to open their door together on the same day.

The Visit My Mosque Belfast event takes place this Sunday, September 4 from 12 noon to 4pm at 38 Wellington Park when people are being encouraged to bring a friend and learn more about Islam.

“Come along and meet your local Muslim community, take a tour, attend our information and Q&A sessions, find out about our plans for the future and have a cup of tea!” a spokesperson said.

The Belfast Islamic Centre was established in 1978 by a group of Muslims from the local community to provide a focus for all Muslims living in Northern Ireland.

The centre operates for the benefit of all Muslims irrespective of their ethnic background, gender, country of origin or age.

At present those who use the centre represent 42 nationalities. No-one is absolutely certain about the number of Muslims in Northern Ireland, however it is estimated that there are over 10,000 currently resident in the province.

BIC is the largest institution of the Muslim community in Northern Ireland and acts as both a place of worship and a community centre.

Sunday’s event comes just days after it was confirmed that construction work on the long-delayed new Belfast Islamic Centre is finally underway.

The refurbishment work on the city’s new Islamic Centre building, at the former Aldersgate House at nearby University Road, is due to be completed next year, over six years since it was first announced.

The new three-storey base will include the prayer space, a drop-in centre, educational facilities and a coffee shop open to the public.

BIC announced the commencement of the construction work last week and confirmed that Belfast-based company Mascott Construction Europe Limited has been awarded the contract.

The refurbishment plans have been delayed multiple times due to a lack of funds and the Covid pandemic.