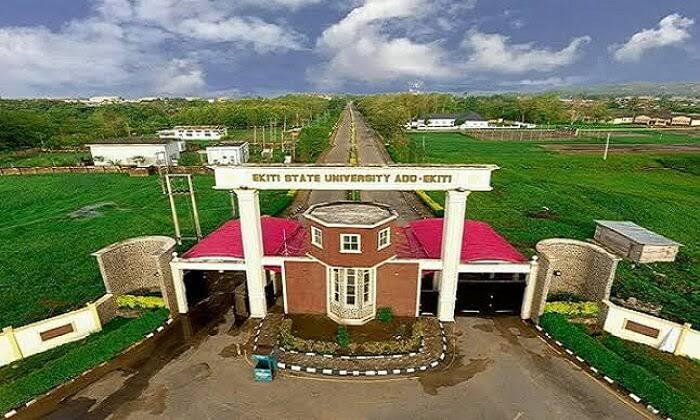 The Management of Ekiti State University, Ado-Ekiti has called statements by the President of the Academic Staff Union of Universities, Prof. Emmanuel Osodeke reckless and unwarranted.

The PUNCH reports that in an interview with Arise TV on Friday, Prof Osodeke stated that some state-owned universities that had pulled out of the strike and resumed academic activities were irrelevant to ASUU’s struggle with the Federal Government.

In the interview, in which part of the video surfaced online, Osodeke further listed some first-generation universities that he said were more relevant in the struggle.

The school management noted that EKSU could not be called quack or irrelevant since it had been ranked among the top 14 universities in the country and second among state universities.

The statement reads in part, “The Management of EKSU views this denigrating remark about some universities, coming from the National President of ASUU as unfortunate, reckless and unwarranted.

Olofinmuagun, in the statement, condemned the ASUU President’s comments and called on him to retract them and tender an unreserved apology immediately.

EKSU added that Osodeke’s comment was uninformed and bereft of ideas.

“Apart from the above, the university (EKSU) has nearly all its academic programmes accredited by the National Universities Commission and relevant professional regulatory bodies. The university is proud to have many top-rated globally recognised academics, and its alumni are making waves nationally and internationally.

“By the grace of God, Mr Biodun Oyebanji, the Governor-elect of Ekiti State is an alumnus and a former lecturer at the University. Even in ASUU, a number of our university staff had served and still serve in various capacities at zonal and national levels including but not limited to Professor Afolabi Popoola, Dr Sikiru Eniola, Profs. Eddy Olanipekun, Ayan Adeleke and Olu-Olu Olufayo.

“Therefore, categorising EKSU as among the quack and irrelevant universities is a testimony to the fact that the ASUU President is probably uninformed and/or bereft of ideas. This arrant nonsense coming from Comrade Osodeke is totally unacceptable and condemnable.

“The Management calls on Professor Osodeke to toe the path of honour by retracting the provocative remark and tender an unreserved apology without further delay,” the statement concluded.

The ASUU strike, which began in February, has entered its sixth month with negotiations with parties involved hitting a brick wall.