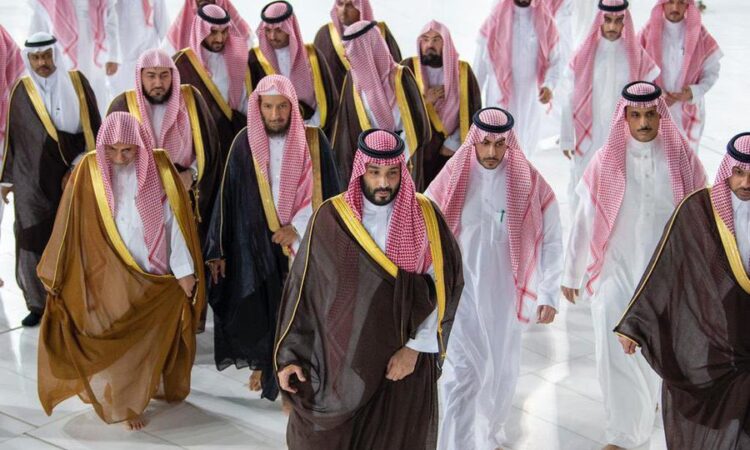 His Royal Highness The Crown Prince announces the launch of infrastructure works and the general plan of the “Madinah Vision” project in the area east of the Prophet’s Mosque.

“The city visions project will be implemented according to the highest international standards.”

“The city’s vision project is in line with the objectives of the Kingdom’s Vision 2030 in raising the capacity to facilitate hosting 30 million pilgrims by 2030.”

“The Kingdom is keen to raise the level of services provided to pilgrims in Medina, as a modern Islamic and cultural destination.”

“The city visions project will be built on a total area of 1.5 million square meters, and aims to establish 47,000 hospitality units by 2030. 63% of the project area will be allocated as open areas and green spaces.”

The Madinah Vision project includes 9 bus stops for visitors, a metro train station, a track for self-driving vehicles, and underground parking, with the aim of facilitating the movement of visitors to the Prophet’s Mosque.