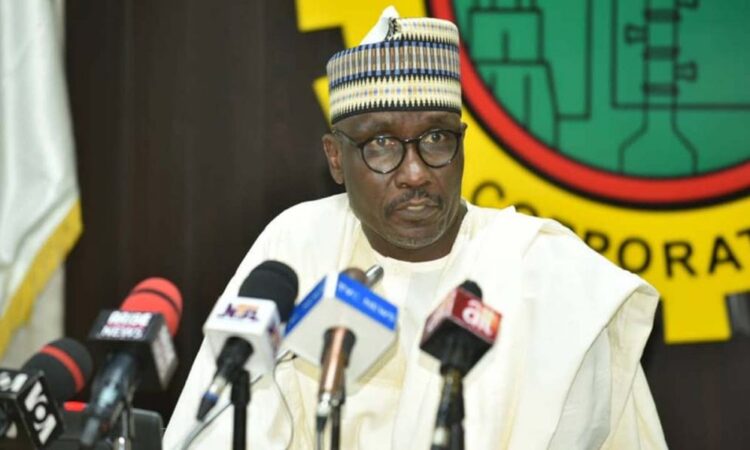 The Nigerian National Petroleum Company Limited (NNPC Ltd) says its huge asset base will be disclosed soon in view of its current status.

Malam Mele Kyari, Group Chief Executive Officer of NNPC Ltd made this known on Tuesday at a media chat after the Presidential unveiling of the New NNPC Limited at the Presidential Villa, Abuja.

The News Agency of Nigeria (NAN) reports that President Muhammadu Buhari unveiled the new NNPC Ltd. which would operate as a profitable commercial entity and declare dividends to its 200 million shareholders.

The Petroleum Industry Act (PIA) provides for the transition of NNPC into a fully commercial entity, a Limited Liability Company incorporated under the Companies and Allied Matters Act (CAMA), to be known as the Nigerian National Petroleum Company Ltd.

The Africa’s largest National Oil Company (NOC) would also support sustainable growth across other sectors of the economy as it delivers energy to the world.

The Group CEO said the organisation’s structure would be changed so as to get different results while more competencies would be embraced.

“We now have a smarter, more responsive and more accountable company that must act within the premises of all the regulations that are accountable for private companies.

“We must also meet the standards for best practices in the industry, in terms of governance and make sure that all regulations are applied.

“We must ensure that we deliver back to back to all our stakeholders, ” he said.

Kyari said that its value would translate in two forms:ensuring dividends and delivering energy being longed by shareholders.

He said the new company was in the position to achieve both mandates because it was now an enabling company that could act quickly and can also make decisions quickly.

He said that by the middle of 2023, the company would be having systems, processes, line of profitability and accountability to stakeholders.

On subsidy, he said the NNPC Limited had no issue with it rather it would be an issue of the state.

“Whatever is the decision and policy of the state, the NNPC is there to deliver commercial value to the customer at the price that the state wants,” he said.