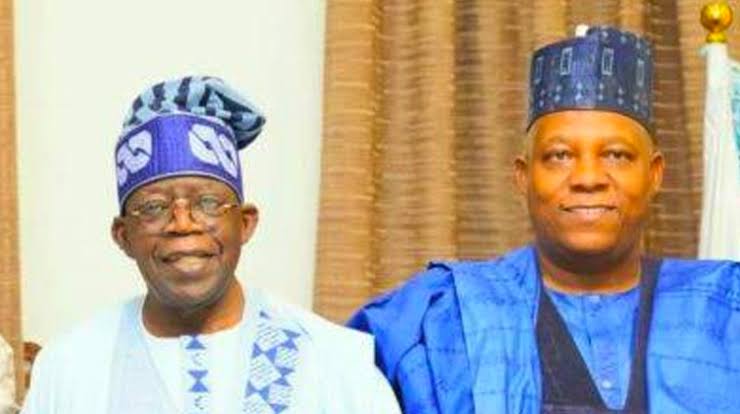 The vice-presidential candidate of the All Progressives Congress (APC), Kashim Shettima has broken his silence on the controversy surrounding the Muslim-Muslim presidential ticket of the ruling party ahead of forthcoming general elections.

Shettima was recently announced as the vice-presidential candidate of the APC by the party’s flagbearer and former Lagos State governor, Bola Tinubu, who won the party’s presidential primary.

He defended his emergence as the candidate for the second top job on Friday while addressing members of the APC Professional Forum who paid him a visit in Abuja.

“They are accusing him (Tinubu) of an attempt to Islamise the country; has he started with Islamising his own family?” the lawmaker queried.

Shettima, a former two-term governor of Borno State, is a Muslim from the north-east region and the lawmaker representing Borno Central senatorial district at the National Assembly in Abuja.

But the choice of Tinubu’s running mate did not go well with many, especially the Christian community in the country and some members of the APC, including one of the presidential candidate’s allies, Mr Babachir Lawal.

After days of controversy trailing his emergence as the APC vice presidential candidate with claims that the ruling party has concluded plans to Islamise the country, Shettima believes Nigerians have nothing to fear.

Contrary to such allegations, he believes the party’s presidential candidate has shown that he can tolerate any religion.
Shettima, however, asked Nigerians to look beyond religious sentiment and focus on how to move the country forward.

“Asiwaju Bola Ahmed Tinubu; yes, his running mate might be a Muslim, but his life mate for over 40 years is not only a Christian, but a pastor at the Redeemed Christian Church of God,” he said in defence of the APC presidential candidate’s decision.

“He did not enforce his own Islamic faith on his own children. He was the first governor to hand over mission schools to the owners, and he has groomed people from all walks of life.

“I think we have to look at the larger picture; the task before us is to transform this nation into a just and fair society where everyone will have a sense of belonging. We are a kaleidoscope of colours; we should learn to accommodate and embrace each other.”