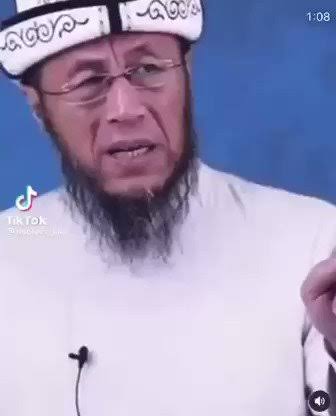 An imam in Kyrgyzstan has recently come under fire for blaming the rising prices of meat products on women wearing skimpy clothes.

Sadybakas Doolov, an award-winning mullah who had previously served as the head of an Islamic university, called on elderly men to stop women from wearing skimpy outfits to bring the prices of meat products down, RFE/RL reported. He argued that prices skyrocket when women “cheapen” themselves by showing too much skin.

“Do you know when meat prices go up in your town? It goes up when women’s flesh cheapens. Woman’s meat becomes cheap when she bares skin, exposes her thighs like a thumb,” Doolov, 53, was quoted by as saying by RFE/RL.

Doolov made the disparaging remarks during a congregation in the capital city of Bishkek earlier this month, a video of which was shared on social media

His comments sparked outrage, with some women calling authorities to launch a criminal investigation into the imam, who is currently serving at a mosque in the capital city’s Sverdlov district.

Officials for the state-backed Spiritual Administration of Muslims of Kyrgyzstan (DUMK) said they investigated Doolav’s remarks to determine if they violated three criteria, including whether they insulted anyone’s honor and dignity and if they interfered with politics. The officials said the probe found that Doolov did not violate any Islamic law, adding that his speech was misunderstood by many.

Doolov also said his comments were misinterpreted, adding that he meant authorities should not be blamed for all issues and advised Kyrgyz people to examine their moral values.

“There were some words on why you’re talking about the [high] price of meat but your honor is not offended when women walk around with their naked bodies,” he added.