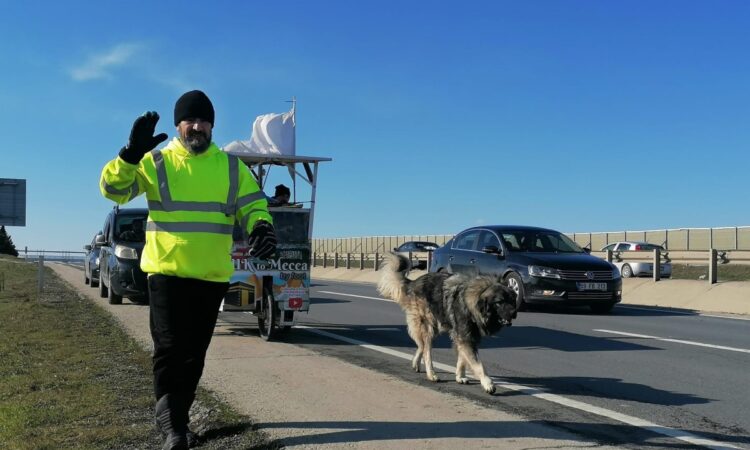 Adam Muhammed set out on foot from the UK last August to perform Hajj. The Britisher of Iraqi descent has been on the road with his three-wheeled trolley and stray dog which started following him from Serbia. Videos showing him in Mecca have been trending on social media as he reached his destination on Sunday.

The 52-year-old’s mission called the “Peace Journey” has seen him walk through the many countries in Europe, Turkiye, Lebanon and Jordan before he entered Saudi Arabia.

The Britisher has been walking through peak winter and summer from August 2021 a trip he started with the aim “to set out against all evils.”

Throughout his journey, many people, including some women, helped him push his cart and allowed him to rest a while. A father and son duo flew from The Netherlands to Turkey to help him for seven days.