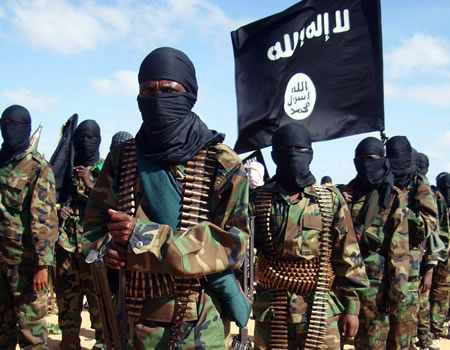 AGAINST the backdrop of the June 5 attack on Saint Francis Catholic Church, Owo, Ondo State, where scores of worshippers were killed, states in the South-West have begun taking measures to fortify their worship centres, especially churches and mosques.

The police in Ondo, Osun, Ekiti, Oyo, Ogun and Lagos states told Saturday Tribune that they had tightened security around worship centres in the six states while putting their operatives on alert.

The police in Ondo State told Saturday Tribune that it had beefed up security around all churches and mosques.

The state Commissioner Police, Oyeyemi Oyediran, said more security measures were being taken to secure places of worship as policemen now patrolled the streets of the major towns and villages, just as men had been drafted to provider security cover for churches and mosques.

He said: “After the ugly incident of June 5th, we went to the drawing board and we decided to police the whole churches and mosques within the state to provide security in these worship centres.

“Some of the places where we cannot post our men physically, we embarked on vehicular patrol of the areas. I was not left out. I equally led some teams and met with some pastors, bishops and other religious leaders to assure them of their safety.

“We have extended regular patrols to all the nooks and crannies of the state. Where we can afford to have one or two men, we posted them there to ensure these worship centers are secured.

“We have other measures that cannot be discussed here but I can assure the people of the state that all measures have been put in place to secure all worship centres in the state.

“We are also doing all within our powers to make sure that we reduce crime to the minimum and make everyone sleep with their two eyes closed.

“The command will deploy more men in some strategic places that I will not like to mention, all in a bid to ensure adequate security of lives and properties.”

In Ekiti State, the police have directed their men to provide tight security for worship centres across the state.

The police spokesman in the state, Sunday Abutu, in an interview with Saturday Tribune, noted that the Commissioner of Police, Moronkeji Adesina, had directed the various tactical units in the command to deploy both plain-clothed and uniform men to the centres during services. According to him, this will help to prevent any form of security breaches in and around churches and mosque in the state.

Abutu said: “There is already a strict directive to area commanders, DPOs and tactical commanders to ensure more police visibility and see that security is provided for worship centres like churches and mosques, especially during their service hours. That is the situation of things in the state at the moment.”

The Public Relations Officer of the Osun State police command, Mrs Yemisi Opalola, also told Saturday Tribune that the police in the state had taken steps to see that lives and property of worshippers were protected through the deployment of both mobile and conventional police officers to worship centres.

According to Opalola, the increased security is not being limited to Fridays and Sundays alone when large worshippers troop to mosques and churches but provided on all days for the worshippers to put their minds at rest during services.

She said markets, malls and other public centres were also being fortified with adequate security to ensure the safety of the citizens of the state.

According to her, the Commissioner of Police, Wale Olokode, has equally put in place a squad that will be patrolling worship centres.

On his own part, the commander of the Amotekun Corps in the state, Amitolu Shittu, told Saturday Tribune that his men were always on the ground to see that worship centres in the state were protected.

He stressed that Amotekun would leave no stone unturned to see that criminals were not allowed to have their way in the state.

When contacted, the Ogun State Police Public Relations Officer, Abimbola Oyeyemi, said the command has always been proactive in protecting worship centres across the state. Oyeyemi said the command, ever before the Owo church attack, had deployed its operatives on special patrols on Fridays and Sundays.

He said: “The Owo incident has further enhanced our operations. You understand that Ogun is the religious headquarters of the country with the presence of the Redemption Camp, Deeper Christian Life Church Ground, NASFAT and a host of others.

“Our men, both in uniform and in plain cloth, are working round the clock to ensure safety of lives and property.”

However, Saturday Tribune observed that most worship centres in the state have employed the services of members of local vigilance groups and the Nigerian Legion, while others are using internal security mechanism to protect their members from possible attacks.

The PPRO told Saturday Tribune on Friday that the new security measure was designed “to effectively and efficiently provide robust security coverage across the length and breadth of the state, especially for worship centres.”

He added: “Apart from beaming spotlight on public spaces, critical infrastructure, media houses and places of worship across the length and breadth of the state, the Oyo State police command, through the leadership of CP Adebowale Williams, maintains its proactive stance.”