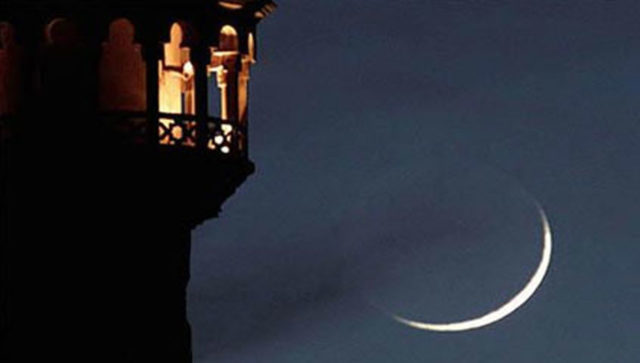 “SURELY the number of months with Allah is twelve… among which four is sacred… do not, therefore, perpetrate injustice against yourself in it…” (Quran 9; 36).

Once again, dear brethren, we are back to the path again. The month of Rajab is here. “Rajab is a great month in the sight of the Almighty (SWT). It is incomparable in eminence and glory. It is deemed to be a month specially favoured by the Almighty such that wars and all acts of violence even against forces of evil are prohibited. Prophet Muhammad (s.a.w) is reported to have said: Verily, Rajab is the month of the Almighty, Sha’ban is my month and Ramadan the month of my Ummah; whosoever fasts a day in the month of Rajab will be granted the great reward of Ridwan (attainment of eternal bliss); the wrath of Allah (SWT) shall be distanced from such a person and the hell fire shall be closed against him”.

More than a week ago, the Muslim world began the countdown to the sacred month of Ramadan. It did when the crescent which signaled the beginning of the month of Rajab appeared in the horizon. The month of Rajab is the seventh month of the Islamic calendar. Arabic linguists would remind us that the lexical definition of the word Rajab, particularly when it is converted to the tri-literal verb –rajaba, means “to respect”. In other words, the word Rajab speaks to the essence of the month- a month in which Muslims are expected to conduct themselves with dignity and decorum.

The month of Rajab is regarded as one of the four sacred months in Islam. The other months are Muharram, Dhul-Qi’dah, Dhul-Hijjah, and Rajab. But why is the month sacred? The month is held in awe and reverence because Almighty Allah, the creator of the heavens and the earth, demands that from us. In fact, He reveres and adores the month in His majesty. This explains why He says “do not perpetrate injustice against yourself during the sacred months)’. Why is it that Allah holds the month in reverence? He does that based on His will and wisdom, The Will of Allah is unknowable; the wisdom of Allah is intractable. But that which is indubitable is this: Allah forbids all acts of violence during the sacred months except when the Muslims come under aggression. Notions of the sacredness of the four months are also found in pre-Islamic annals. During this period, the Arabs used to consider warfare an infraction against the divine will.

The month of Rajab is equally held sacred, as has been mentioned, because it comes as a prelude to the months of Sha’aban and Ramadan. Each time the crescent announcing the beginning of the month of Rajab appeared, Prophet Muhammad (may Allah’s peace and blessings be on his soul) used to supplicate to Allah in the following words: Allahumma baa-rik-lanaa fi-rajab wa sha’ban wa bal-lig-na shah-ra Ramadan. “O Allah, make Rajab and Sha’ban blessed months for us, and grant us the blessing of witnessing the month of Ramadan (i.e. prolong our life up to Ramadan, so that we may benefit from its merits and blessings).”Put differently, the month of Rajab is a divine blessing to the Muslims as it opens the floodgate of divine redemption and salvation for those who, among the Muslims, would be willing and ready to avail themselves of its inestimable values. Perhaps the greatest reason why this month enjoys an iconic status in Muslim weltanschauung is that the Prophet’s journey from the earth to the presence of Almighty actually took place during this month. Allah alludes to this important journey in Quran where He says: “Glory be to Him Who took His servant (Muhammad) on a journey one night from Masjid-al-Haram (in Mecca) to Masjid-al-Aqsa, whose vicinity We have blessed, so that We may show him some of Our signs: surely He is the One Who is the Hearer, the Observer. (Quran 17;1). Otherwise known as al-M’iraj, the Prophet’s journey to the heavens began in Makkah, unto Jerusalem, from where he was guided in the ascension to the heavens by Angel Jibril (upon him be peace).

Readers who are interested in the details, the dynamics and the miracles which occurred to the Prophet during the journey should go to www.onislam.net. The core of the message which the Prophet (upon him be peace and blessings of Allah) brought from Allah for the Muslim world is the observance of the five daily prayers; that the observance of the Salat is the template of Islam and the membership of the Islamic commonwealth. The Prophet’s ascension to the heavens, an event which occurred during this month of Rajab, equally functioned as a marker for the spiritual in contradistinction to the hypocritical. In other words, during this month, Abu Bakr, son of Abi Quhafah, became a Siddiq as a result of his unshakeable belief in the supra-normal and for his trust in Allah. During this month, some among humanity particularly during the time of the Prophet equally crossed the Rubicon. They traversed the spectrum of belief to unbelief and infidelity. By disbelieving in the ascension of the Prophet some of the unbelievers in Makkah lost the opportunity to enjoy eternal bliss and forever too. There circumstance reminds me of the tendency in humans to grumble when opportunities come their way. When it rains, humans complain of lack of sunshine; sometimes when they are blessed with daughters they become disconsolate because they desire sons. We often miss life opportunities because we are incapable of recognizing the rahmah of Allah for what they are. Some among humankind would learn about and appreciate the truth in the message of Islam only after they have left this world.

Brethren, the month of Rajab is also significant because in it the battle of Tabuk, which took place in the ninth year after the hijrah from Makkah was fought in defense of Islam.

Ironically, brothers and sisters, it was during the month of Rajab that the Ottoman Caliphate in Turkey was liquidated by the combination of external powers in collusion with forces within the Islamicate community- forces which preferred the specious to the real.

Now how should you conduct yourself during this month? It is useful and reasonable that you endeavour to do as much of good deeds as you can in it. Keep regular prayers and fast as many days in it as possible but do not go to the extreme of saying you want to fast the whole twenty-nine or thirty days. The Prophet did not recommend that for us. Seek forgiveness of your sins as many times as you can. A recommended formula goes thus: Astaghfirullah wa as-aluhu a-tawbah –meaning: “I seek forgiveness from Allah and penitence”, and endeavour to give Sadaqa – charity and alms giving. The Prophet says: “the best of you is the one who is most compassionate with the creatures of Allah”.
(08122465111 for texts only)
Afis Ayinde Oladosu Ph.D
Professor of Middle Eastern, North African and Cultural Studies,
Department of Arabic and Islamic Studies,
University of Ibadan, Nigeria.