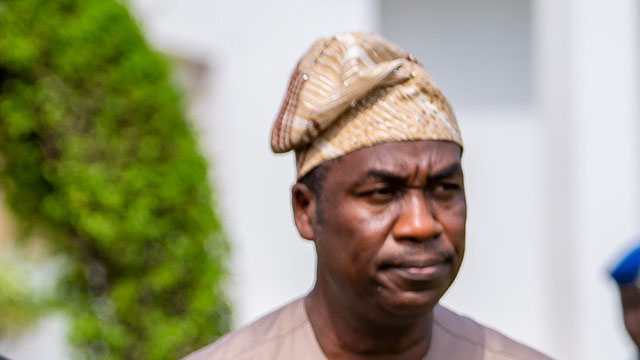 Muslim, Christian personalities and major stakeholders converged in Lagos for a 3-day Inter-Faith Parley, to brainstorm on how to chart a new course for inter-religious harmony and peaceful coexistence.

The event, tagged ‘Year 2021 Inter-Faith Parley’ was put together by the Ministry of Home Affairs to afford the Executive Governor, Mr. Babajide Sanwo-Olu the opportunity to intimate religious leaders on government policies, programmes and other pressing issues, to enable free flow of information the grassroots through the pulpits for better understanding, compliance and support.

The Deputy Governor, Dr. Obafemi Hamzat who represented Governor Babajide Sanwo-Olu, thanked the religious communities for contributing to collective achievements in over two and a half years of the administration.

According to him, “This meeting was originally planned to hold earlier than now, but for the disruption brought about by the COVID-19 pandemic, which was at its peak last year and the aftermath of the #EndSARS protest against police brutality”.

The essence of the parley with the theme, ‘Achieving Greater Lagos: Roles of Religious Bodies’, the Deputy Governor said, was for religious leaders to come together to rub minds on how to move the state forward and roles religious leaders should continue to play to sustain the peaceful coexistence, religious harmony and tolerance among faithful in the state.

In his welcome address, the Commissioner for Home Affairs, Prince Anofiu Elegushi, said that the bitter experience of the #EndSARS protest greatly queried the roles of the parents and religious leaders.

Elegushi said that it was expected that the gathering addressed issues dealing with character formation and moulding, the need for moral uprightness and the fear of God. He called religious leaders to continue to close ranks and check the excesses of exuberant preachers, who find it convenient to create enmity among the people.

“Our weekly sermons on unity, peace and love must resonate on a weekly basis while obedience to rule of law and commitment to our Lagos project must remain sacrosanct.

“Issues of state importance should be accorded priorities in the teachings that we reel out regularly.

“The essence of our gathering is to ensure that our religious bodies will be more organised and decisions taken by government will be cascaded from one community to the other, particularly in our Local Governments and Local Council Development Areas.

“This is because we have discovered that information and decisions from government are barely heard on pulpits. Wwme therefore believe that this partnership will enrich and assist governance in the state at all levels,” Elegushi said.

Speaking on the theme from the Christian perspective, the National Director, Fishermen Maximum Output Ministries/National Director, Education, Dialogue & Value System Initiatives, Rev. Dr. Kehinde Babarinde, said religious leaders must be the guided. “If the religious body does not reclaim its prophetic zeal,” Babarinde stated, “it will become an inconsequential social club with no moral or spiritual authority.”

He urged clergies to synergise with both Non-Governmental Organisations and tg state government to look for a way of rehabilitating the miscreants in Lagos and work out plans for the restoration of the state’s value system.

“The time has come for synergy with Lagos State Government in conducting an empirical evaluation of the impact of miscreants in Lagos. We must equally look for a way of rehabilitating street boys and girls. Lastly, we must work out plans for the restoration of our value system,” he added.
Commenting on the components of a greater Lagos from the Islamic perspective, Dr. Sa’eed Ahmad, Head of Surgery (Alimosho General Hospital, Lagos) said:

“Greatness must be achieved in terms of collective prosperity. Material prosperity within the ambit of the legal framework is the right of every citizen in a great city. There must be a system that will guarantee material prosperity for those who will legally pursue it,” he explained.

The Chairman, Christian Association of Nigeria (CAN), Lagos State, Bishop Adegbite lauded the Lagos State government for coming up with the programme, saying, “It’s very important to have this kind of gathering going by the level of insecurity in the country. You’ll agree with me that virtually every state is not safe anymore. There’s insecurity in every part of our nation except Lagos, for now.

“But that relative peace we are enjoying in Lagos has to continue. And we must strengthen it. That’s why we are not taking anything for granted in Lagos..”
The National Missioner of Ansar-Ud-Deen, one of Nigeria’s foremost Islamic organisations, called on the government to urgently address the hunger in the land, adding that prices of basic commodities are swelling by the day.

According to him, “People are out of jobs. They are hungry; they are angry. Every day brings its challenges. Government must also be sensitive to this. Moreso, this is not the time to further increase the economic burden on the people. They are already burdened.

“In fact, they are overburdened. An increase in prices of government services, necessities will only add more to the frustration and suffering of the masses. These are some of our expectations from the government and they are very basic indeed. Fix the roads, fix security, don’t increase prices, especially foodstuff and basic amenities, address the escalating tension in the land.”

The Director of the Muslim Rights Concern (MURIC), Prof. Ishaq Akintola said censoring flamboyant lifestyles was necessary to forestall social baits that made such styles trend.
He said that if peoples’ sources of wealth and excessive spending were censored, probity would be entrenched.
Akintola said that the bedrock for a sane society should begin with moral censorship.

“Our youths are emulating what they see the older generations do and internalise such societal deformity with ease.
Director of Hijab Rights Advocacy Initiatives, , Hajiah Mutiat Orolu-Balogun, stated
that there is a need for Nigerians, irrespective of religion and tribe to accommodate one another and understand individual religious differences.

According to her, “If you understand the faith of your neighbours and why they take stance on particular things, you can relate with them better. That is why Inter-faith dialogue is very important. We can only hope that it is not just going to be talk without action. We expect the Ministry and government to take it, by having, probably smaller groups where people can engage more on those issues that constantly come up in the society and bring out practical ways in which they can be solved.”