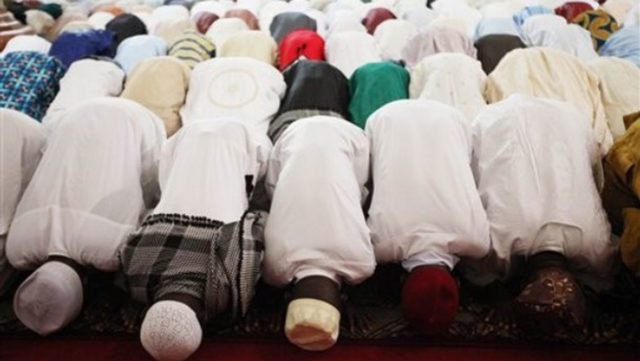 Until recently, not a few non-Muslims could understand why Muslims have to wash their hands and faces each time they venture into the mosque.

To wash hands at intervals nowadays has now been discovered to be a recipe for healthy living and sure guarantee against infection. The inner dimensions and benefits of ablution as a spiritual-physical exercise are simply inexhaustible.

What about those genuflections in Muslim prayers? What exactly do they connote? Another puzzle! Yes. It has to be conceded that any perceptive observer of Muslim worship would definitely want answers to these questions. He desires to know the inner meanings of the Muslim daily routine; he wishes to know exactly what the constant eulogy of the name of the Almighty connote; he wishes to be informed of the essence of these standing up and bowing down and the proclamation of the salutation of peace. He expects a direct and an indirect dividend from the successful ascension of the Muslim worshipper to the celestial grace; an ascension which should fructify on the terrestrial realities of humanity where piety, transparency, honesty and peaceful coexistence have become sine qua non for human survival.

Yes. For Muslims, there is no better connector between the Creator, the Almighty, and His creatures than al-Salat. The Muslim prayer nullifies the establishment of intermediaries between the Creator and the created. This explains why there are no monks in Islam. Brethren, how could a monk intervene between me and my Creator when the former is equally a subject, a “manufactured product”?

Through the instrumentality of Salat, the Muslim worshipper is set free of looking for God each time and any time he desires to communicate with Him. I do not have to traverse long distance in order for me to call al-Rahman. I do not have to sweat in order to meet with al-Qareeb: “If My servants question you about Me, (the Almighty), tell them that I am very close to them, I answer the prayer of every supplicant when he calls Me…(Quran 2: 186)

The Muslim prayer equally reminds the worshipper of her origin; it awakens her to her ultimate end. When we raise our hands up at the beginning of the prayer and say Allahu Akbar, we are indirectly saying we affirm the poverty of our being; that we acknowledge that we came to the world with nothing; that we shall leave with nothing when death eventually comes except with our piety and good works.

Whenever the worshipper bows down in prostration and proceeds to bring his forehead to the ground, he is affirming the earthly nature of his being; that from the earth he was created, that he shall be returned back to the earth.

Let me reiterate again, dear Brethren. One critical advantage Muslims enjoy when they observe al-Salat in the right way is the speed at which their supplications are accepted. Thus the Prophet advise us that when we are in the last sajdah posture when our forehead is still on the ground, we should increase our supplications to Him – of what use is all other efforts once we enjoy divine succor and protection.

Al-Ghazali, the revered Muslim polymath says: “Whenever you hear the call to prayer being given by the Muezzin, begin to imagine the terror of the summons on the Day of Resurrection. Prepare yourself inwardly and outwardly to respond, and to do so promptly. Those who are prompt in answering this call are the ones who will be summoned gently on the Day of the Great Review. So review your hearts now; if you find it full of joy and happiness, eager to respond with alacrity, you can expect the summons to bring you good news and salvation on the Day of Judgment. That is why the Prophet used to say: “Comfort us, Bilal! For Bilal was the Muezzin and prayer was the joy and comfort of the Messenger.

Let me close with this statement from Prophet Muhammad (s.a.s): “If a man’s prayer does not deter him from indecency and mischief, he gains nothing from Allah but remoteness.” In other words, our prayers are worthless when it fails to confer worth and value on our earthly life; if you say “Allahu Akbar” inside the mosque and act “Allahu Asgahr” outside, then you have lost the essence of your being. I seek His protection from such a calamity.