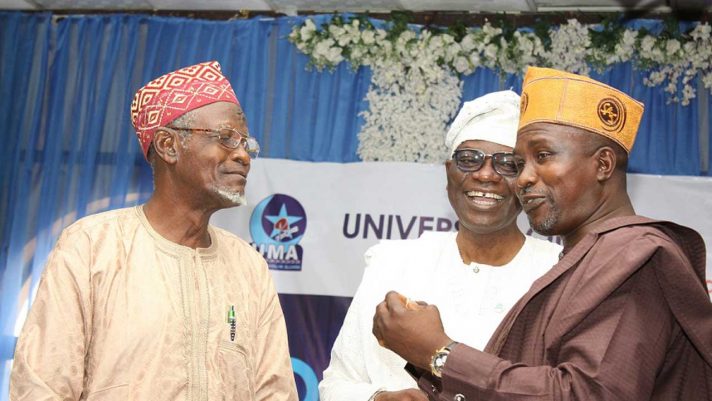 The University of Lagos Muslim Alumni has honoured 32 Muslim Students who graduated with First-Class honours with the best PhD thesis in the 2020/2021 convocation ceremony of the university.

The 32nd Annual General Meeting heralds the unveiling of the new logo of the association, induction of new members and free health checks were also carried out on members.

Speaking at General Meeting, UMA’s President, Shuaib Afolabi Salisu, said the honour for the outstanding graduates was meant to inspire others and encourage them to remain the best in their future endeavours. He said the outstanding students and their colleagues who also graduated from the university would be inducted as UMA members.

Salisu said that beyond the ceremonies, the UMA recognises the need to prepare and equip the new graduates for the opportunities and challenges ahead.

He added that with the token of the appreciation is to challenge the graduates for greater accomplishments.

In his remarks, University of Lagos VC, Prof. Ogundipe, commended UMA for being a responsible Alumni association, while he emphasised on gains of networking, saying that is the way to go irrespective of academic success. He added that lectures such as networking must be extended to undergraduate students, whom he described as more technology savvy than the old students.

Former Vice-Chancellor of University of Lagos, Prof Rahaman Bello urged the young members, who want to go into academics to look for a mentor, saying no matter how good they are without a mentor, they could get stuck in their academic pursuits. He said that there is no law that says that as an academic, one can’t make money, adding that academics have several means of making legitimate money.

The Chairman University of Lagos Muslim Community (UMC), who also commended the long term sustainability of the group, urged the executives to continue with the good work.

Also speaking, Director, Institute of Nigeria / China Development Studies, Professor Muibi Olufemi Saibu, said that a lot of opportunities abound in academics for those who might want to take up a lecturing career. He said that through publication of their researches, they would be sought after by public and private organisations, once they have been able to distinguish themselves in their areas of specialisation.

Speaking on networking for career success, Country Human Resources Director of Nestle Plc. Manager, Shakiru Lawal urged the participants to explore the opportunity of networking in order to succeed in any chosen career.

He said:”Your network is your net worth. Don’t limit your networking to your field,” he said.

According to the Nestle Human Resources Manager, to be a successful man one must have emotional intelligence, saying that there is a need for everyone to understand that things may not turn out the way one plan. He said that is the reason everyone must build resilience, the ability to bounce back.

The former AMCON Chairman and Legal Adviser of the All Progressive Congress, Dr. Muiz Banire, charged UMA to intensify their donation drive to garner enough funds to execute the association’s projects.