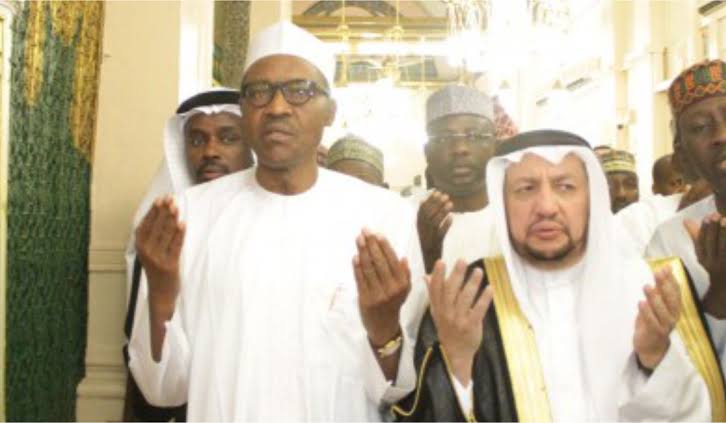 President Muhammadu Buhari has had a stopover at Madinah in Saudi Arabia, where he and his entourage prayed for Nigeria.

Among the things prayed for are the recovery of Nigeria’s dwindling economy and the restoration of peace and security in the country.

A statement by Garba Shehu, Senior Special Assistant to the President on Media & Publicity on Wednesday said the President engaged in intense prayers, along with his entourage for the return of peace and security all over Nigeria and the world at large.

The President who had earlier been received at the Prince Muhammad Abdulaziz Airport, Madinah by the Deputy Governor of the Region, Prince Sa’ud Al-Faisal spent quality time at the Mosque of the Holy Prophet Muhammed, Islam’s second holiest, engaging in prayers and recitation of the Holy Qur’an.

The statement said President Buhari and the delegation “prayed for the well-being of the nation and its people and for the full restoration of peace and security in Nigerian and around the globe”.

It also noted that they prayed for the “economy ravaged by the pandemic to fully recover for the benefit of the nation and its people”.

It said the President would later in the evening proceed to Makkah for the performance of the Umrah (lesser Hajj).