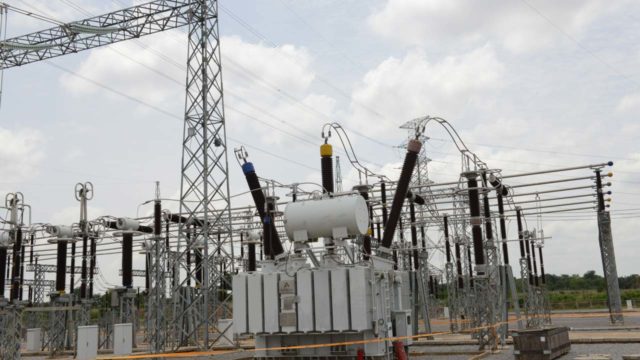 There are indications that the Federal Government may, in the coming weeks, take punitive measure over the operating licences of some power distribution (DisCos) and generation (GenCos) companies. The Guardian gathered this may not be unconnected with the poor performance by some critical stakeholders in the value chain.

While President Muhammadu Buhari had recently terminated the appointment of the minister in charge of power, appointing Abubakar Aliyu to act as the new minister, Nigeria’s power sector has failed to perform years after privatisation, as level of power supply to homes and industries stagnates at about 4,000 megawatts.

Aliyu, yesterday, in a document made available to journalists in Abuja, said plans are underway to decide on the fate of the sector.

“The Ministry is intensifying performance monitoring of the licensees and the licensing regime, especially their revised Performance Improvement Plans (PIP) to have a better understanding of why some critical stakeholders are performing below expectation.

“We shall be taking a careful and detailed look at issues of policy, capacity and the technical requirement, among other things. One very critical concern that we must address in this performance monitoring process is to find out if the terms for granting the licenses were onerous,” he noted.

While the Federal Government has spent over N1.7 trillion on the sector with plans to spend additional $3 billion, Aliyu said government would now work on the full implementation of extant laws and design new ones in a bid to “match up with the huge sums invested by this administration.”

Coming at a time the President of African Development Bank (AfDB), Akinwunmi Adesina, blamed the nation’s energy sector for the sorry state of industrial development, Aliyu said, specific areas of conflict and tensions within the power industry value chain are being harmonised for greater synergy, which would bring about a wholesome alignment of responsibilities within the governance system of the power sector.

Adesina had, on Tuesday, said the lack of reliable power supply was affecting the growth of industries in the country, while speaking at the 49th annual general meeting of the Manufacturers Association of Nigeria (MAN) in Abuja.

Quoting a report by the International Monetary Fund (IMF), he said the country loses $29 billion yearly, which is about 5.8 per cent of its Gross Domestic Product (GDP) due to a lack of reliable power supply, adding that Nigerians spend $14 billion yearly on generating sets and fuel.

“Today, no business can survive in Nigeria without generators. Consequently, the abnormal has become normal,” Adesina said.
“To be a manufacturer in Nigeria is not an easy business. You succeed not because of the ease of doing business, but by surmounting several constraints that limit industrial manufacturing.

The AfDB president further said that unless Nigeria decisively tackles its energy deficiency and reliability, its industries would always remain uncompetitive.

TO this, the Power Minister said there are ongoing conversations within the power value chain. “Stakeholders are talking and cooperating with one another and in so doing, bridging the observed disconnect within the sector.

“It must be clearly stated that within this value chain, some responsibilities are by virtue of the Electric Power Sector Reform Act (EPSRA) performed by our private sector partners and other agencies of Government. These partners are being more closely monitored and sometimes given the needed nudge in the right direction to achieve our objectives.

“Hopefully, we will soon begin to experience the imminent turn around in the power sector. We are determined to deal with some policy issues, the legal and regulatory bottlenecks, and the human factors involved in the implementation and coordination of the power sector’s road map,” Aliyu said 50 days after resuming duties as acting minister.

While government had increased tariff in electricity on the backdrop of improved supply and service, Aliyu admitted that the quality of service in terms of hours of supply, voltage, disputed/estimated bills, or having no access to electricity, remained poor.

He said there is also sector illegality, noting that the “payments the DisCos are able to collect from consumers do not cover the full investment and costs of the GenCos, who produce and sell the power, and Transmission Company of Nigeria, which wheels the power to the DisCos.”

He said the ministry would focus on addressing liquidity, improving services in terms of hours of supply, billing transparency and accuracy, and wider access to electricity while bringing consumer, operator and investor confidence back to the sector to attract foreign and local investment.

“Kashimbilla 40MW power station has already started generating power into the national grid. Gurara phase 2 being developed in partnership with the Ministry of Water Resources will soon be ready to deliver 30MW to the grid. Zungeru Hydroelectric Power Project is progressing towards completion next year to deliver another 700MW of renewable power. Katsina Wind farm, with a full capacity of 10MW, is already generating part of its full capacity to the grid. Dadin Kowa 40MW power station started generating power into the national grid under a concession arrangement with the private investor.

“The remaining regulatory and power purchase agreement issues are being resolved. Mambilla Hydroelectric Power Project was contracted in 2017. Discussions are being intensified so that all encumbrances preventing full take off of the project are resolved soon. TCN’s Transmission Rehabilitation and Expansion Programme funded by various multilateral financial institutions to ensure adequacy and stability of the national grid are part of systematic implementation of the Presidential Power Initiative (PPI) of this administration,” he said.