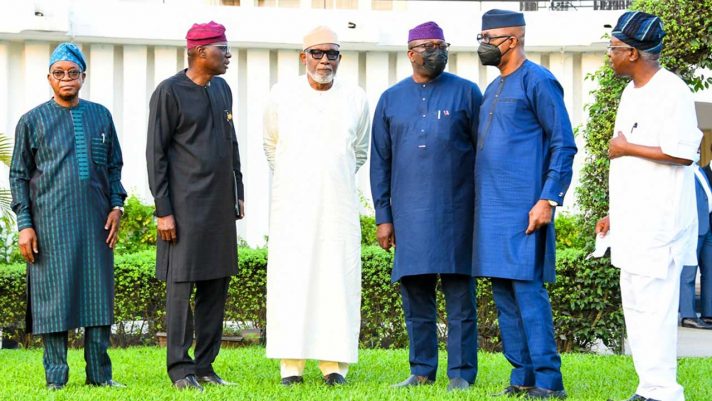 The South-West governors, yesterday, met in Lagos State to deliberate on issues affecting their common heritage.

Fayemi, however, left the venue before the team addressed newsmen.

Chairman of the Forum Akeredolu, who spoke with journalists after the meeting, said part of their deliberations bordered on security situation in the region.

Akeredolu said there was also discussion on Oodua Group, a company owned by all six South-West states, but declined to give further details.

He said that the Forum was not willing to share full information on the meeting.

“At the end, we agreed on few things, which have to do with security. This short address is just to let you (newsmen) know we met today but we don’t want our decisions discussed in the open.”