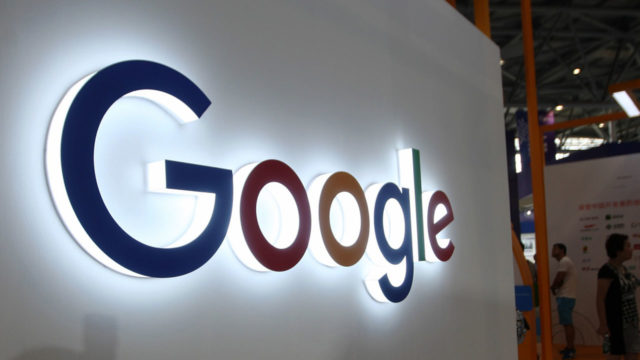 • Globacom picks Eutelsat to connect underserved regions in Nigeria
Technology giant, Google, has reiterated its commitment to digital economy and transformation of Africa.

Google made the announcement during the maiden edition of Google for Africa event, yesterday.

The announcement expands Google’s ongoing support for Africa’s digital transformation and entrepreneurship. In 2017, Google launched its Grow with Google initiative with a commitment to train 10 million young Africans and small businesses in digital skills. To date, Google has trained over six million people across 25 African countries, with over 60 per cent of participants experiencing growth in their career and/or business as a result.

Google has also supported more than 50 nonprofits across Africa with over $16 million in investment and enabled hundreds of millions of Africans to access Internet services for the first time through Android.

CEO, Google and Alphabet, Sundar Pichai, said during the virtual programme that the firm would invest $1 billion over five years to support digital transformation on the continent.

Meanwhile, Globacom has signed a multi-year, multi-Gbps wholesale capacity contract with Eutelsat Communications, which will enable Globacom to extend its coverage beyond the reach of its terrestrial infrastructure, leveraging the Eutelsat Konnect satellite.

Signed in the presence of French President Emmanuel Macron, in Paris, France, the service will be used to deliver high-speed broadband via satellite to businesses and communities in unconnected and underserved areas throughout Nigeria.

Globacom is a multinational telecommunications company and the second largest operator in Nigeria, with a market share of circa 28 per cent and over 51 million subscribers.

A statement, yesterday, disclosed that in service since early 2021, Eutelsat Konnect, is a new-generation High Throughput Satellite offering unprecedented operational flexibility. It delivers significant resources for broadband services with quasi-complete coverage of Sub-Saharan Africa; it addresses direct-to-user consumer and enterprise broadband services, with a comprehensive range of packages from bite-sized “pay as you go” vouchers through to monthly and yearly contracts.

Commenting on the agreement, Chief Executive Officer of Eutelsat, Rodolphe Belmer, said: “We are honoured to have been selected by Globacom, one of the leading telecommunications operators in Africa’s most populous market, to extend the reach of its services. This agreement illustrates the unparalled resources of our powerful Eutelsat Konnect satellite to satisfy the strong demand for connectivity in underserved regions throughout the African continent.”

Chairman of Globacom Limited, Dr. Mike Adenuga Jr., said: “We are delighted to add satellite services to our portfolio, leveraging the state-of-the art Eutelsat Konnect satellite to extend connectivity to even far-flung areas in Nigeria, in line with our mission to build Africa’s biggest and best telecommunications network.”