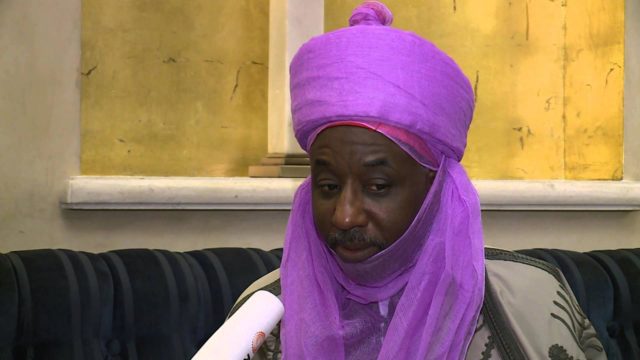 Former Emir of Kano, Muhammad Sanusi, on Friday accused governors of being undemocratic, saying they micromanage local governments but would not tolerate from the Federal Government some of the things they do to the third tier of government.

He said he was an advocate of letting sub-nationals have more resources, but that governors are wont to act as if they were the only tier of government being short-changed.

He cited their opposition to local governments receiving their allocations directly from the Federation Account as an example.

In an interview on Arise TV to commemorate the independence anniversary on Friday, Sanusi chided the governors’ fixation on the region that would produce the next President in 2023 when there were other issues of greater interest to Nigerians.

He also disagreed with politicians who were against electronic transmission of election results, saying they were “shamelessly announcing to the country they plan to rig” future elections.

Sanusi, who is a former Governor of the Central Bank of Nigeria, also asked Nigerians to defend their rights and not live as slaves, saying people were generally too docile.

He stated, “I think too much money at the federal level has led us to concentrate too much on Abuja and it has basically been a matter of life and death for politicians to get there.

“I’m a strong advocate of having more money devolved, but you must also remember that the governors fighting for Value Added Tax (collection) are also extremely undemocratic. They don’t allow the local governments to have their money (allocation). They resist.

“If we really want to push for federalism, it can’t be one tier of government, I mean the states, acting as if they are the only tier that has been short-changed. I think we need to respect our constitution and if you are going to have a federation of states, cancel the local governments.

“We are ignoring the constitution. The states always complain about what the Federal Government is doing to them, but they do not talk about what they are doing to the local governments and these are issues we need to look at.”

In his brief comment on the raging legal battle over who should collect VAT, the former CBN governor said, “Collecting VAT at sub-national level would lead to multiple taxation and I hope people understand that it would also increase the cost of goods. I think we need to look at our federation and look at how we distribute resources.”