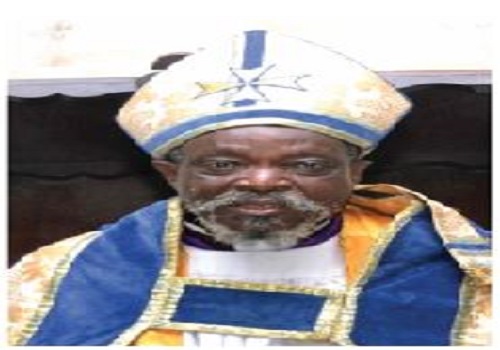 ALTHOUGH Primate Omolaja Olorunwo was buried on Friday, September 12, 2021, his legacies will be hard to erase. Asides from building a cathedral for God, Olorunwo Cathedral of the C&S Church in Gbagada, Lagos, he also once donated land for the building of a mosque.

At the Christian wake-keep, the former Governor of Ogun State, Senator Ibikunle Amosun, revealed how Baba Olorunwo gave out his land for the building of the Owu Central Mosque.

He said: “Baba’s life was a lesson to all of us. While we are here, we must try to do good to as many people as we can. You listened to all that was said about him and I told you my own personal encounter with him as well. It was not as if I saw Baba every day; I only got to know him some years ago but I noticed that Baba was always present in anything we were doing in Owu and he would always stay from the beginning to the end. When we wanted to build the mosque, he gave his land and also was fully involved in the building of the Owu central mosque; and that drew me closer to him. I think that was in 2007/8 and ever since that time, we had been quite close.”