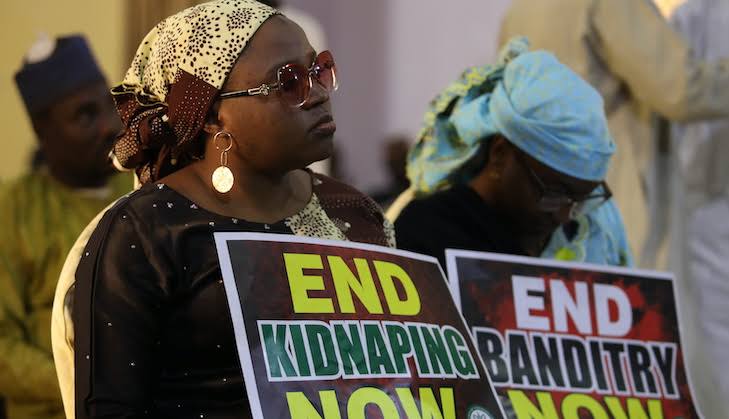 THE United States Institute of Peace has said that the rate of kidnapping across Nigeria has increased by 169 per cent between 2019 and 2020.
In a report titled, ‘Six alternative ways to measure peace in Nigeria’, which formed part of its ongoing research to understand how Nigeria measures peace, USIP stated that when measured by death toll, Nigeria seemed beset by violence.

A USIP team which asked people in Bauchi, Kaduna, Nasarawa and Plateau states to define peace reportedly found out that respondents understood peace as being more than the absence of violence and insecurity.

The research discovered that there was substantial evidence that violence in Nigeria was highly gendered and women value the absence of violence and insecurity as an indicator of peace more than men.

The institute attributed the increasing rate of insecurity to poor performance of security agencies which it said has caused Nigerians to resort to self-help by setting up vigilante groups without minding the disadvantages.

It added, “Of respondents indicating that they had requested assistance from the police in the past 12 months, 64 per cent of those who rated their experience of getting police assistance as “difficult” or “very difficult” felt that the visible presence of the police meant that there was insecurity, versus only 21 per cent of such respondents who felt security was good when the police were visible.”