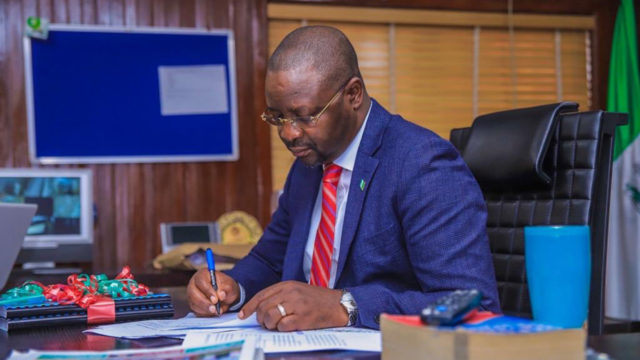 Minister of Youth and Sports Development, Sunday Dare, has said the Federal Government is targeting 1,000 youths from an entrepreneurial reality television show, The Next Titan, to enable them benefit from the N75 billion youth investment fund.

He disclosed this, yesterday, at a press conference to kick off Season Eight of the show in Lagos.

Dare, represented by his Special Adviser on ICT, Kemi Areola, said The Next Titan is a programme supported by government and have young entrepreneurs in mind.

He said: “Government cannot do it alone. We need to partner with the organised private sector to ensure our messages and initiative get out there and we are able to empower and invest in young people.

“Reality shows are the latest entertainment gig in recent times. It is important to have an entertainment show that is beneficial and Nigerian youths can learn from.

The programme has the credibility of an amazing reality TV show that we feel every young person should key into.

“Access to funding is very important to young people. If we are able to get 1,000 youths that come out of the programme and are able to receive between N250,000 and N3 million, that would be a win for all,” he said.

SIMILARLY, Chief Executive Officer and Managing Director, Bravopoints International, Mide Akinlaja, said apart from the success stories of the previous winners of the show, which have been phenomenal, the programme had also positively impacted on the generality of other young viewing people who have shared their testimonies regarding the programme, causing a paradigm shift in their mind-set of moving from job-seekers to job-creators.

Akinlaja, who doubles as the Executive Producer of the show, said thousands of entries had been received from young aspiring entrepreneurs nationwide.

This, according to him, will give these young ambitious entrepreneurs opportunity to showcase their business ideas and battle one another for a grand prize of N15 million to start their dream business.