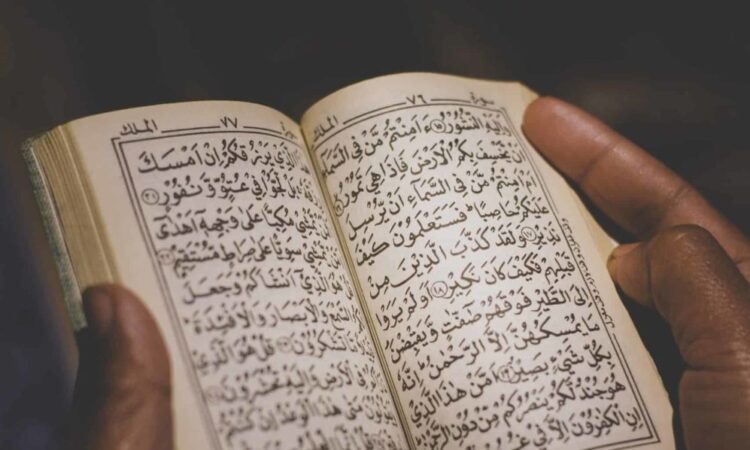 “…And if you disagree over anything, refer it to the Almighty and the Messenger, if indeed you believe in Him and the Last Day. That is the best and best in result.”(Quran 42:10)

Abu-Hanifa said that the aove shows that the Prophet would not disapprove of answering hypothetical questions. Imam Malik countered by saying that the Prophet (s.a.w) did that for a purpose, Abu Hanifah responded saying: “In Iraq we do it for a purpose too.” Eventually both Imams reached a conclusion of holding on to what they were doing, but to then integrate both approaches for the benefit of Islam.

It is evident from the above that differences of opinion are a natural phenomenon. It also shows that in an atmosphere where the protection of the Ummah is paramount scholars and jurists should be prepared to represent all aspects of the law while avoiding the tendency to shield truth as a strategy for protecting their own ego.

While both Imams differed on important aspects of Islamic jurisprudence, they nonetheless showed civility, decorum and mutual respect for each other.

After the two Imams left the meeting, Al-Layth Ibn-Sa’ad, an Egyptian Imam whose juristic school of thought was just as superior as the other four Imams but had no students to spread it, was keen on knowing the impression of both sides. He went to Imam Malik and asked him what kind of opinion had he formed about imam Abu Hanifah. Imam Malik was said to have wiped his sweat and said: “By the Almighty, Abu Hanifah made me sweat. By the Almighty, he is a true jurist. I have never seen a man debate like that. By the Almighty, if he told you that this iron rod is made out of gold, he would convince you.” Thereafter, Al-Layth went to Imam Abu Hanifah and asked him about the kind of personality he thought Imam Malik had. Abu Hanifah said-“I debated hundreds of men, but I have never seen a man accept the truth as fast as him.”

The lesson in the above encounter, in the mutual love exhibited by these two great scholars, one to the other, are self-evident. We need to teach the coming generations the necessity to respect differences of opinion as a divine blessing on humanity. Our scholars of today should be interested in building empires of knowledge not in the other empire that would come to ruin immediately they transit to the great beyond.

But what happened after the above encounter between these great jurists are more instructive. First, Imam Abu Hanifah was said to have sent his son Hamaad to Madinah to learn the jurisprudential approach of Imam Malik and to be thoroughly immersed in the grammar of the latter’s famous book, ‘Al-Muwata’. On his part, Imam Malik was sad to have sent requests to Imam Abu-Hanifah to send his books to him in Madinah for his perusal and further enlightenment. Again this runs contrary to the situation today when to emerge as a scholar is to close all gates for further intellectual pursuits. The moment he is referred to as an Ustaz, he begins to posture as if it was unto him the Quran was revealed.

Meanwhile, the story of the interface between Imam Malik and Imam Abu Hanifah continued. Muhammad Ibn al-Hasan, a student of Abu-Hanifah was said to have held a session in Iraq to present the approach of Malik to Islam law and jurisprudence. It is also reported that Imam Abu-Hanifah once sent a message to Imam Malik asking him for his opinion on an issue before announcing his own opinion to the public. There you have an example of responsive and responsible leadership and scholarship. A leadership that realized the danger and implication of throwing the Ummah into a maze of jurisprudential confusion.

Further, unlike Imam Malik, Abu-Hanifah did not approve of describing a sinful person as a disbeliever yet he was in the habit of presenting the former’s opinion side-by-side with his. The contacts established by the two jurist invariably strengthened the stream of jurisprudential integration in Islam even as their individual approaches to matters of law never suffered diminution in the process.

It was reported that the Abbassid Caliph Al-Mansour once came to Imam Malik and demanded that the Imam nullify all other jurisprudential approaches except his. The Caliph equally offered to help the Imam write his book in gold so that it may be kept inside the Ka’aba. But Imam Malik, who once rejected all other approaches and privileged that of the people of Madinah, disapproved of the Caliph’s offer. He told the Caliph not to do so because the companions of the Prophet (s.a.w) were spread all over the world. Those were Abu Hanifah’s words from their encounter.

In the above encounter, we could see how scholarly excellence becomes enarmoured by superb manners and great moral currency; how disagreement with someone becomes unimportant once it is time to defend the truth. Imam Malik shows that difference is a universal fact that needs to be respected. You have to acknowledge that diversity is a blessing not a curse. These encounters between these two great Imams equally show that at the moment of dispute, calm and honest dialogue helps you see the truth from all perspectives; that that which is true is one; that that which is right could be many.

(08122465111 for text messages only)
Afis Ayinde Oladosu is a professor of Middle Eastern, North African and Cultural Studies, Department of Arabic and Islamic Studies, University of Ibadan, Nigeria

admin1 day agoDecember 2, 2022
32
YES. It is unimaginable that despite your profession of Islam you could actually be working against the Quran. The Quran...

admin2 weeks agoNovember 20, 2022
44
When Francess Elizabeth Murray was born in 1865 into a strict Christian household in Liverpool, few would have imagined her...