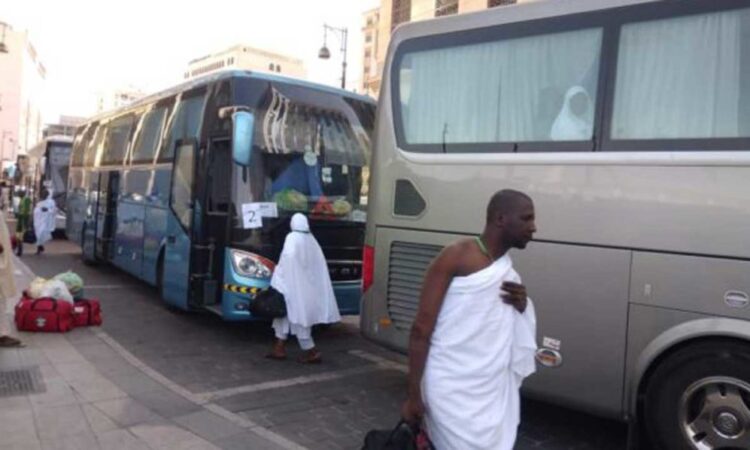 The Lagos State Muslim Pilgrims Welfare Board may not sell forms for 2022 Hajj exercise as the Board as exceeded the previous slot.

The Hon. Commissioner for Home Affairs, Prince Anofiu Olanrewaju Elegushi disclosed this during a press conference to react to the cancellation of 2021 Hajj exercise by Saudi Arabian Government for foreign pilgrims due to the Coronavirus (COVID-19) pandemic.

He said that the state will accommodate more pilgrims if Saudi Authority and National Hajj Commission of Nigeria (NAHCON) gives Lagos additional slots as the state has 3,016 intending Pilgrims that have formally registered and fully paid their deposit for the already cancelled 2020/2021 hajj exercises.

While confirming that the 2022 Hajj operation would commence in the state before the end of December 2021, Elegushi urged all the 3,016 intending pilgrims to have faith that the State Government would do everything humanly possible to protect their interest and they would not be disappointed.

The Commissioner noted that the Board is working assiduously towards getting the International Air Transport Association (IATA) license to be able to fully operate the Umrah throughout the year. He assured that once this is achieved, the Board would operate at full scale.

Elegushi added that 164 intending Pilgrims have embraced the scheme from Lagos State by opening account with the accredited bank.

“ The effort has thus placed the state in a prominent position amongst states in Nigeria that have keyed into the scheme so far.”
He assured that the state would continue to deploy the best of her resources and manpower towards achieving a comprehensive and rewarding Hajj exercise for her intending Pilgrims.

The Executive Secretary, Lagos State Muslim Pilgrims Welfare Board, Mr. Rahman Ishola expressed his appreciation to the Governor, Mr. Babajide Olusola Sanwo-Olu; his deputy, Dr. Kadri Obafemi Hamzat and the Hon. Commissioner, Prince Anofiu Olanrewaju Elegushi for their unflinching support to the Board.

He said the support of the present administration has greatly assisted the Board in actualizing its mission. Also in attendance was the Special Adviser to the Governor on Islamic matters, Hon. Ahmad Abdullahi-Jebe and other officials of the Board.