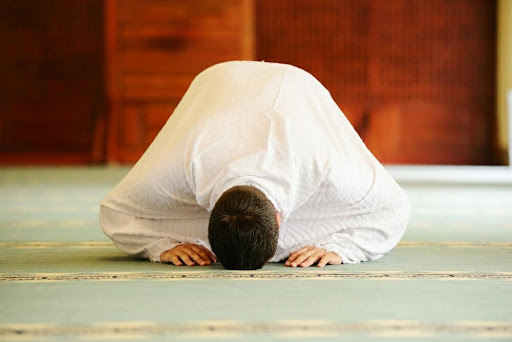 Every morning when you wake up, a battle begins. It’s a battle between forces that want you to become the best version of yourself and others that want to drag you down to become the worst version of yourself. These forces (some are internal, others are external) are always at war with each other, trying to win your soul to join them. And every day, through your choices and actions, you’re strengthening and supporting one force or the other.

Thinking of your life as a battle might seem a bit exaggerated and confrontational. However, it’s a powerful metaphor that can help play a critical role in your personal development and improvement.

When Prophet Muhammad (peace be upon him) was coming back from one of his expeditions, he made a powerful remark to his companions as they were reaching their hometown: “We are finished with the lesser jihad; now we are starting the greater jihad.” He explained to his followers that fighting against an outer enemy is the lesser jihad and fighting against one’s self is the greater jihad.

When you’re in a battle, there are two possible consequences: either you win or you lose. No one wants to be a loser, so here are seven ways to help you succeed every day:

1. Prepare during the night before you battle: No army in its right mind would blunder into a battlefield without a plan. Similarly, if you want to win the battle of life, you have to plan for it, day by day. Ask yourself, “What would make tomorrow successful?” The more detailed you are in your planning, the more prepared you’ll be to win.

2. Beware the little mistakes:  In every battle, there are consequences for making the wrong move. Similarly, in the fight for your soul, there are consequences for the slightest mishap. If you think that checking your phone first thing in the morning is harmless, you’ve lost the battle for your focus over the next 3–4 hours. If you eat that donut for breakfast, you’ve just lost the battle for your energy level once the sugar rush is over. Be careful.

4. Learn from others: The smart general is the one who realizes that he’s not that smart and there’s always somebody out there who could teach him or her something new. If you’ve been struggling with a bad habit for a long time, look at how others have overcome that habit and learn from them.

5. Don’t despair if you lose:  Some battles are won and others are lost. Lick your wounds when you lose a battle and get up and fight for your best self again the next day.

6. And don’t be arrogant if you win: Just because you had a fantastic productive day today doesn’t mean you’ve mastered yourself forever. Be grateful. Be humble. And strive to work harder. It’s never over until it’s over.

7. Have faith: Facing the battle of life can be challenging, especially with so many factors at play. Focus on what you can control and have faith that the rest will be taken care of.

At the end of each day, ask yourself: Did I win the battle of life today? If you did, be thankful and maintain your performance. If you didn’t, be humble and learn how to be better the next day.

admin2 weeks agoNovember 20, 2022
48
When Francess Elizabeth Murray was born in 1865 into a strict Christian household in Liverpool, few would have imagined her...