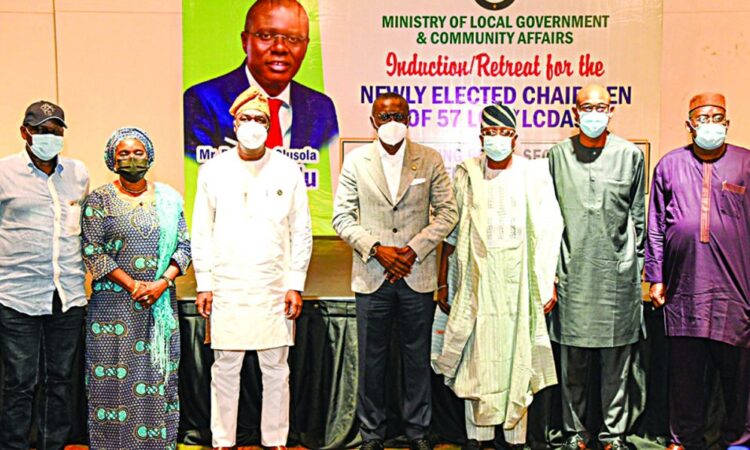 Lagos State House of Assembly, yesterday, approved the report of its Committee on Establishment, which recommended the reduction of pensions to former governors and other officials by 50 per cent.

The committee, which also expunged the provision of houses in Abuja and Lagos for former governors as stipulated in an earlier law operated by the state, further reduced the number of vehicles to be made available to former governors and their deputies.

While some of the lawmakers, at plenary, had suggested an upward review of the pension for the affected public office holders by 75 per cent, others urged that the pension remains as stipulated in the old law.

However, Obasa argued that it should be left at 50 per cent, especially as the report had recommended the removal of houses and reduced other benefits.

He noted the argument of his colleagues that the projected downward review of the pension for the former governors and others could also be affected by inflation and other economic considerations but reminded them that the House must meet the wishes of the people, one of which is a cut in the cost of governance.

MEANWHILE, Lagos State Governor Babajide Sanwo-Olu has implored local councils and local council development areas (LCDAs) to create an economic agenda, as well as initiate innovative programmes that would alleviate poverty among people at the grassroots.

Sanwo-Olu, who gave the charge at a three-day induction retreat for the newly-elected chairmen of the councils and LCDAs in Lagos, yesterday, admonished the council bosses to think out of the box and create enabling environment for wealth creation among people at the grassroots.

In another development, the Lagos State Government and the Veterinary Council of Nigeria (VCN) have threatened to shut any unregistered veterinary practicing premises in Lagos if they fail to register with the VCN within the next 60 days.

The state’s Commissioner for Agriculture, Abisola Olusanya, and the President, VCN, AIG Aishatu Abubakar Baju, stated this when the state government inaugurated an 11-man Task Force on Veterinary Practice Premises in furtherance of its Red Meat Transformation Agenda.