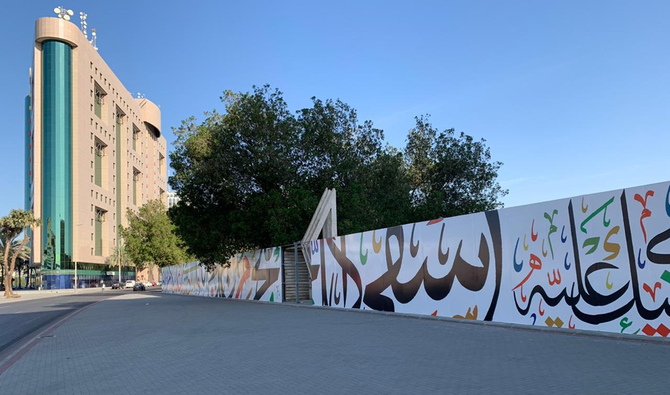 RIYADH: Saudi Arabia’s Ministry of Culture on Thursday launched an event to draw Arabic calligraphy murals in ten regions in the Kingdom.
The tour falls, which ends in January under the umbrella of the “Year of Arabic Calligraphy” initiative that was launched by the ministry.
The event begins in the city of Arar in the Northern Borders Province for three days, and then will move to the city of Sakaka in Al-Jouf, followed by Tabuk, and then Qassim. The first phase concludes in the city of Abha in Asir.
The event will complete its second phase in September in Al-Baha, Hail, Madinah (AlUla), Al-Ahsa, and then Jazan.
A mural will be drawn in each area by a local calligrapher and a graffiti artist in an open space, where visitors from different parts of the community can participate and contribute their drawings and lines until the mural is completed.
The event is in partnership with the Ministry of Municipal and Rural Affairs and Housing.