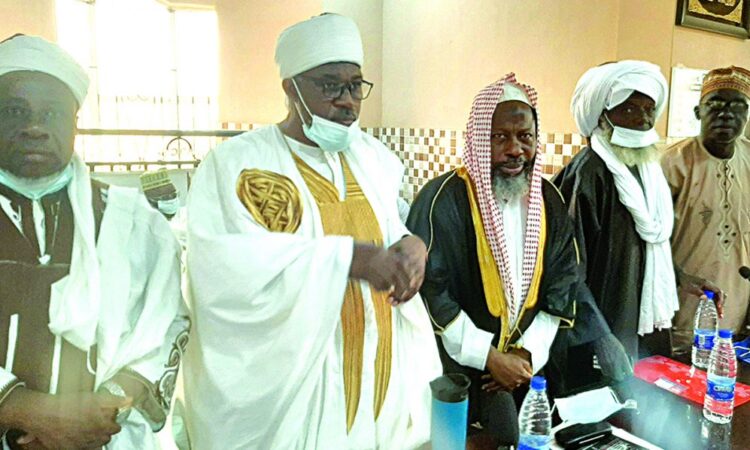 The Ulamau Wing of Conference of Islamic Organisations (CIO) has advised those calling for secession in Nigeria to desist, saying such calls are inimical to the progress of the country.

The group expressed concern with the worsening security situation in the country, saying the country is battling with complex insecurity.

The seminar, they said, aimed at proffering solutions to insecurity in the country by identifying the root causes and ensure a peaceful society.

The scholars equally urged the government at various levels to ensure equality in the distribution of the wealth of the nation.

According to them, loss of value system and absence of a sense of commonality among units of the regions were the banes of the country.

They also blamed insecurity in the country on politicians’ flagrant display of wealth.

Head of the group, Sheikh AbdurRahman Ahmad said that the Ulamau would continue to express concern about the worsening insecurity situation in the country.

He said: “We know there will be no quick fix to the security challenges. “ We met Mr. President last month and expressed our concern about the worsening insecurity situation, and he told us what the administration is doing and what they hope to do differently.

“As Islamic scholars, we are major stakeholders and issues of security are fundamental to the practice of our religion. Without security, we cannot observe our religious duties.

“ We know that the insecurity issue is complex because it is the interplay of factors ranging from negligence at home and lack of proper upbringing of children to lack of distributive justice and rule of law; among others.

“While we do our own part, we will continue to engage with the authority to ensure that the security situation is addressed and we have relative security.”

“We need at this time a true nationalist, a just leader, someone with perceptive insight that would look into this issue and address it and win the trust and confidence of those who feel they are not getting a fair deal,” he said.