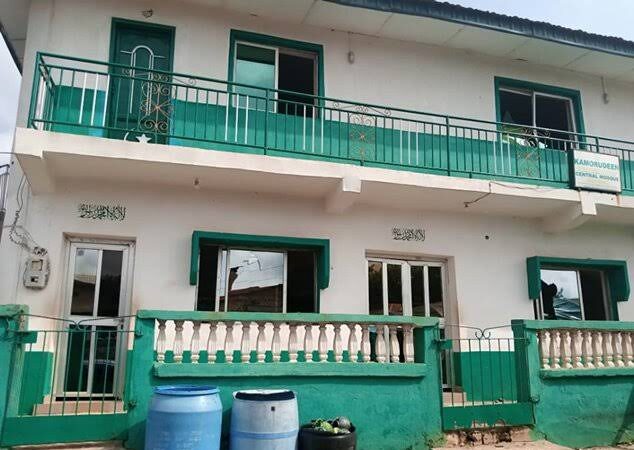 The Baale Esu of Osogbo and custodian of the Esubiyi masquerade, Chief Kayode Esuleke, is being detained by the police for the alleged attack on worshippers at the Kamorudeen Society Central Mosque, Osogbo.

It was learnt that Esuleke was invited for questioning by the state police command on Tuesday and was thereafter clamped into detention.

The command’s spokesperson, Yemisi Opalola, confirmed the arrest of Esuleke on Wednesday, saying he was being held for questioning.

It was learnt that the Inspector-General of Police Intelligence Response Team had taken over the investigation.

However, counsel for Esuleke, Mr Kehinde Abioye, rejected the takeover of the investigation by the IGP-IRT on the premise that it would not be fair to his client.

Abioye also said his client was being held at the Oke-Fia, Osogbo, office of the IGP-IRT.

The lawyer, who also accused the police of conducting a search on Esuleke’s residence without a warrant, demanded his unconditional release, saying there was no proof of his link to the alleged crime.

He also asked the IGP-IRT to immediately transfer the matter to a higher police authority for an unbiased investigation.

Meanwhile, the leadership of Islamic faithful in the South-West has asked Muslims to remain calm over the alleged attack on the mosque.

The Wakilu Muslimeen in the South-West, Edo and Delta states, Sheikh Iskil Lawal, gave the advice on Wednesday while speaking to journalists in Abeokuta, Ogun State.

Lawal said efforts were being made to ensure that the perpetrators of the violence were brought to justice.

He said he had begun talks with stakeholders in the region and security agencies, including the Osun State Commissioner of Police, on the way forward.

He said, “In all we, Muslims should not take the law into our own hands; we should leave everything in the hands of law enforcement agents.

“I urge all Muslims to be patient and peaceful; we should not be violent; we should be in the position of peace that our religion preaches; our religion is a religion of peace. If anyone wrongs us, or wants to be violent with us, we should report to the relevant authorities and the law enforcement agents should also do their job the way they ought to.”

He, however, sounded a note of warning, “We Muslims will not tolerate this kind of action against us from any other religion; we are not fools; we are lovers of peace; we will no longer tolerate people wanting to bully us, or stretch the hand of violence to us.”