Sugar and refined carbohydrates are considered ’empty calories’, mainly because they don’t contain any useful nutrients. However, reducing your sugar intake may not be as simple as leaving the chocolate on the shelf. Some foods high in sugar are heavily processed, and the sweet stuff is added to make them more palatable and desirable. It’s these foods that are not always easy to spot the sugar in, and often those that are marketed as ‘healthy’, or low in fat which can be the worst offenders. In some cases, ready meals could contain up to 12 teaspoons of sugar per portion, a can of cola houses six, and a bowl of dry Bran Flakes has three. Here are seven signs you are eating too much of sugar.

Excessive sugar consumption can cause long-term damage to skin proteins, collagen and elastin, leading to premature wrinkles and ageing. Too much sugar could also contribute to an imbalance of the female menstrual hormones which could result in acne along the jaw line. Sugar is also the favourite food of less desirable gut bacteria and yeast, and consuming too much could lead to an imbalanced gut flora and inflammation in the body, typically seen in skin conditions such as eczema.

Sugary foods are addictive, giving us a quick ‘fix’ that tempts us back time and time again. Foods high in sugar have been shown to activate the reward pathway in the brain by releasing dopamine, similar to that of addictive drugs. The nutrient chromium could help to restore normal insulin function and supplementation has been shown to contribute to the maintenance of normal blood glucose levels and to reduce sugar and carbohydrate cravings. Try Lepicol Lighter, a supplement which contains seven strains of live bacteria, chromium, glucomannan and psyllium husk fibres which increase satiety and support healthy bowel movements.

Glucose is essential for energy production throughout the body, however, it is important to keep blood sugar levels balanced as opposed to experiencing the peaks and troughs that occur when we binge on sugary snacks. Following the consumption of sugar, the pancreas releases insulin to help transfer glucose to the cells, meaning we may experience a rush of energy. Once used up, we can experience a dip in energy as the body demands more sugar to start the cycle all over again. It is not hard to imagine that the higher the sugar peak, the more extreme the sugar dip that will follow.

Less desirable bacteria and yeast produce gases when they ferment our undigested food in the colon. Bad bacteria particularly love eating sugars, whereas beneficial bifidobacteria, who love veggies, are not believed to produce any gas. An overproduction of gas can lead to pain after eating, uncomfortable bloating and flatulence.

Did you know that 70 per cent of our immune system is located in the gut, and supported by beneficial gut bacteria? It’s therefore important to keep a balance of good bacteria. A diet high in sugar, however, will feed the less desirable bacteria and yeast and consequently affect how well the immune system functions.

Eating sugary foods late at night could lead to a rush in energy at a time when we should be focusing on slowing down and preparing the body to rest. Our ‘happy hormone’, serotonin is largely produced in the gut and is essential for melatonin production – the ‘relaxation’ hormone – necessary to aid a good night’s sleep. If you’re someone who has trouble sleeping, then it might help to reduce the sugar in your diet, and be kinder to your gut. 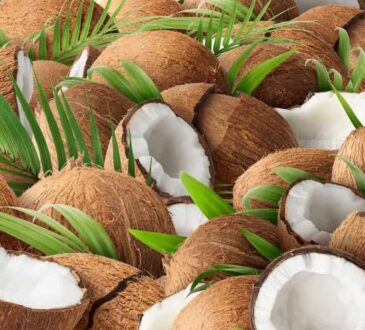 admin3 months agoSeptember 10, 2022
79
One of the most inspiring comeback tales of the contemporary era involves coconut. You undoubtedly recall hearing that it should... 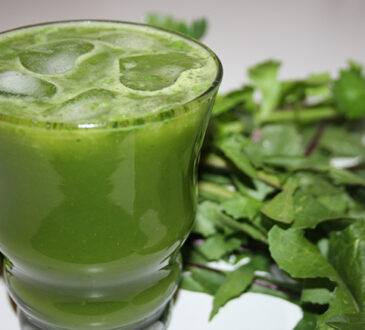 admin11 months agoJanuary 14, 2022
312
We get it, drinking bitter life juice is not necessarily the most fun thing to do in the world but...
HEALTH.

admin2 years agoSeptember 30, 2020
402
Islam teaches its followers many etiquette's of eating and living a healthy life. The Prophet made a point of developing remarkably clean and healthy eating habits among his followers. With its rich bazaars and political and caravans streaming in from desert oases, it would have been easy for a man of Muhammed's stature to live a lavish life of immoderate eating and unhealthy habit. But that's far from what happened. He shares many insights in the Qur'an on how to lead a natural and healthy life, and many of these...
HEALTH.

5 reasons to add eggs to your diet

admin2 years agoSeptember 26, 2020
384
Often given a bad name because of their high-cholesterol content, which is not completely justified, eggs are actually one of the most nutritious foods on the planet. Whether you like yours boiled, scrambled, poached, as an omelette, or sunny side up, each small bundle is brimming with protein, vitamins, and minerals. Easy on the wallet and so versatile, eggs are as much at home in a salad as they are in bakes and pasta and are a health powerhouse. Proteins are made up of different amino acids that are linked...