Sequel to the clamour for restructuring Nigeria, the Muslim Rights Concern (MURIC) has listed six critical areas for the Federal Government to consider for the benefits of Muslim citizens as part of its restructuring programme.

The Director, MURIC, Professor Ishaq Akintola, in a statement, said: “We are aware that the present government is not positively disposed to restructuring and it has declared its determination to avoid it. Nonetheless, we have decided to represent demands, which are of special interest to Muslims, for the records.

Akintola said: “We call the attention of Federal Government and the restructuring committee to the six reliefs. Muslims are in bondage in this country and we believe that restructuring should emancipate people in captivity. APC promised change. This change can only be meaningful to us if it breaks the shackles around our necks. We have begged enough for the restoration of our Allah-given and fundamental human rights. We are tired of begging.

“Restructuring is about reapportioning the dividends of democracy such that it goes round and it is not restricted to one section.

MURIC had earlier in October 2017 raised the six relief models, urging the Federal Government to entrench it in the restructuring programme.

“According to Akintola, “restructuring should give Muslims 1st Muharram. This will bring the total number of Muslim holidays to four while Christian holidays remain five.

“Two: Christian marriages contracted inside churches or registries are held sacrosanct everywhere in Nigeria whereas Muslim marriages (nikah) are not recognized for any official purpose. Muslim couples find themselves in a cul de sac each time they present their Islamic marriage certificates for official purposes. It is paradoxical that in a democracy, one marriage conducted by a religious group is acceptable while the other is not. What kind of constitution is Nigeria using?

“Islamic marriages should be recognized in all official circles where Christian marriages are recognized. The Nigerian Marriage Act (1990) should therefore be revisited.

“Three: Nigeria has a two-day weekend, viz, Saturday and Sunday. Saturday was a half-day during the colonial era and Sunday was the only full day at the weekend. However, Saturday was made a full day to favour the Seventh Day Adventists, a Christian denomination during the regime of General Yakubu Gowon, a Christian military ruler. It is very clear, therefore, that the two weekend days recognized in Nigeria belong to Christians while Muslims have none since Friday, the Muslim day of worship, remains a working day.

“It is pertinent to note that Friday was a work-free day until the British brought Christianity and stopped Muslims from enjoying their Allah-given fundamental human right. The relief we are seeking through restructuring is that Friday should be declared free to assume parity with the Christians’ Sunday.

“Four: Immigration officials engage in regular stereotyping of Muslims who apply for international passports. They intimidate Muslims particularly at the point of taking pictures. Muslim males are ordered to remove their caps; Imams are coerced into removing their turbans; bearded Muslims are compelled to shave or trim their beards; hijab-wearing Muslim women are made to remove their hijabs or ordered to draw their hijab backward to reveal their ears. The same scenario plays itself out in driving license, national identity card offices, and during registration for elections.

“In the process, thousands of Muslims have been denied international passports, driving licenses and national identity cards while millions have been disenfranchised during elections. The authorities must find a way of stopping the persecution and profiling of Muslims.

“Five: Uniformed groups in Nigeria, including the army, police, uniformed voluntary groups, nurses, the National Youth Service Corps (NYSC), students of primary and secondary schools, etc, use uniforms designed by Christian colonialists. These uniforms should have been reviewed after independence because they only suit Christians. Some of them constitute breaches of Islamic dress code and offend the sensibility of Muslims who are compelled to wear the uniforms regardless of their inner feeling of resentment.

“In view of the fact that Western countries like Britain, Canada, and the United States have designed uniforms with hijab for their female Muslim police, soldiers, students, etc, Nigeria’s restructuring authorities should borrow a leaf from those countries.

“Six: There is no single Shari’ah court in South Western Nigeria where Muslims constitute the majority. This is contrary to what obtained in Yorubaland before the advent of the British. There were Shariah courts in Ede, Iwo, Ikirun, Ibadan, etc. Yoruba Muslims are now compelled to take their civil matters like inheritance, marriage, etc to Christo-Western courts. This is preposterous and unacceptable.

“We demand the establishment of Shariah courts in all South Western states including Edo State where there is a significant percentage of Muslims.

“On a final note, we demand full integration and full recognition as bona fide citizens of Nigeria, not second or third-class citizens. We are the aggrieved party. The British most brutally and most unjustly took all we had from us, giving us nothing in return and offering no relief. It has continued to give us a feeling of rejection, marginalization, denial of the dividends of democracy, and lack of a sense of belonging. The time for redress is now and our six-point relief is here for all to digest.” 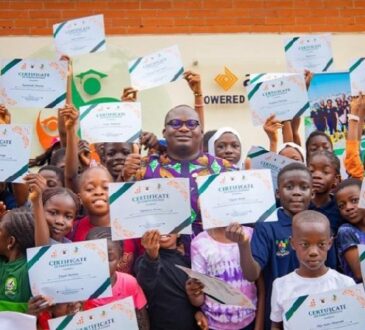 admin5 months agoAugust 26, 2022
75
LAWMA Academy has concluded this year’s four-week summer school for pupils, during which over 100 pupils from different schools in... 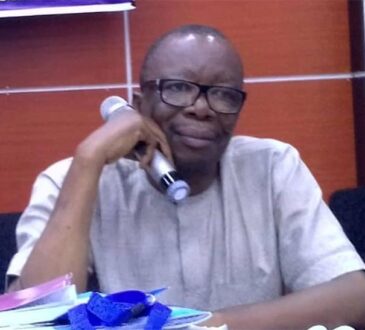 admin6 months agoAugust 18, 2022
88
The stalemate outcome of the latest meeting between the Academic Staff Union of Universities (ASUU) and the Federal Government casts... admin6 months agoAugust 16, 2022
111
Tuesday’s meeting between the leadership of the Academic Staff Union of Universities (ASUU) and the Federal Government has again ended... 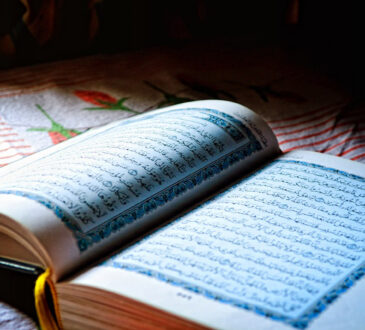 admin6 months agoJuly 29, 2022
110
The new Islamic lunar calendar-1444 years after the migration of Prophet Muhammad (S.A.W) from Makkah to Madinah begins tomorrow as...