Qari Muhammad Qayyam (may the mercy of Allah be upon him) related that a great deal of fighting and bloodshed had started prior to the Indo-Pakistan partition of 1947. He said that a very beautiful daughter of a very rich man in a certain community stepped out of her house to visit her aunt, who lived no more than a few streets away. Suddenly a riot erupted as she had gone halfway and she found herself trapped with apparently nowhere to go. She saw a Mosque nearby and quickly went inside, sitting in the women’s section. The rioting continued late into the night and this girl did not know what to do.

The custodian of the Mosque was a very young student there and late at night when he walked through the Mosque before locking up he noticed this beautiful young lady. He was a respectful young man who feared Allah and so politely asked her to leave; saying that if she was found there then both would be dishonored and thrown out. She pleaded with him because of the extreme danger outside and so he agreed that she could spend the night, and sat down to study at the opposite end of the Mosque.

The girl was unable to sleep with the events of the day in her mind and so watched the young man sitting studying by candle light at the opposite end of the Mosque. She kept watching him and was very surprised at something she saw. From time to time this young man would extend his hand and keep it over the open flame, only withdrawing it when the flame obviously became unbearable. He then would resume his studies and continued this throughout the night until the dawn broke.

The young man called the Adhan and asked the girl to leave before the congregation started coming to pray since now everything was calm outside. She agreed on the condition that he tells her why he was placing his hand on the candle flame throughout the night. The young man said that that was his own business and so the girl refused to leave until he told her what she wanted to know. The young man gave in and said, “I am at the age of youth and strong desire. We were alone and my desire was increasing, and although I was studying, the Devil (Shaitan) would occasionally put temptation in my heart. Hence, whenever I feel any temptation, I would put my hand on the flame and my fingers would burn. I would say to myself that this flame is nothing compared to the fire of Hell.”

The girl left the Mosque and reached home, calming her parents’ fears as to what had happened to her. She also confided in her mother that she wanted to marry the custodian of the Mosque near their house. She related the night’s events to her parents and said that only such a man with true fear of Allah in his heart can be true to his wife. Only such a man who truly fears Allah can fulfill a wife’s rights properly.

Hence the poor custodian of the Mosque earned the daughter of a rich household in marriage. He received this honor not because of his looks but because of his character. Everything disintegrates and turns to dust but character remains strong. Honor is not bestowed because of handsome clothes or beautiful jewelry but because of what is in the heart. Knowledge is only beneficial when it is captured within the heart, and not merely written in books. 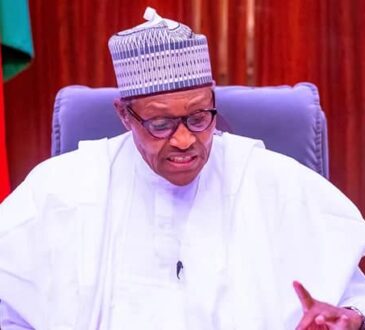 admin2 years agoSeptember 25, 2020
483
There was a man who had four sons. He wanted his sons to learn not to judge things too quickly. So he sent them each on a quest, in turn, to go and look at a pear tree that was a great distance away. The first son went in the winter, the second in the spring, the third in summer, and the youngest son in the fall. When they had all gone and come back, he called them together to describe what they had seen. The first son said that...
INSPIRATIONAL STORIESUncategorized

admin2 years agoSeptember 25, 2020
358
Many years ago, there lived two woodcutters, Rahim and Rahman, in a village. They would go out every morning to the nearby forest to cut firewood and sell it in the nearby town. They earned barely enough to survive. After they had cut wood, they would sit on the bank of the river and eat their lunch from their lunch boxes. Next they would sell the firewood till the end of the day in the marketplace before going home. One sunny day, the woodcutters were eating their lunch. It was...
INSPIRATIONAL STORIES

Mayonnaise And The Coffee

admin2 years agoSeptember 25, 2020
359
When things in your life seem almost too much to handle, when 24 hours in a day are not enough, remember the mayonnaise jar...and the coffee... A professor stood before his philosophy class and had some items in front of him. When the class began, wordlessly, he picked up a very large and empty mayonnaise jar and proceeded to fill it with golf balls. He then asked the students if the jar was full. They agreed that it was. So the professor then picked up a box of pebbles and...